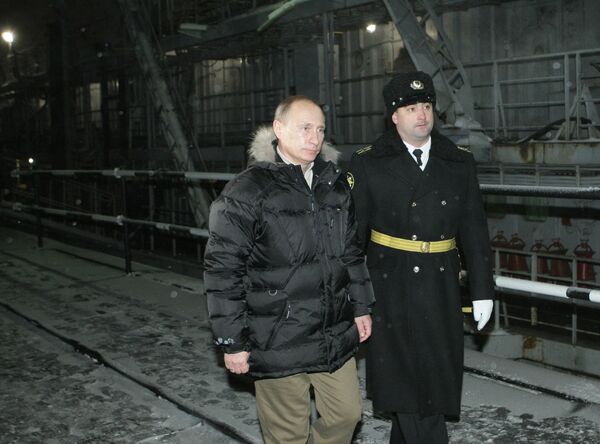 The Russian Armed Forces will receive over 1,300 types of weaponry in line with a draft arms procurement program until 2020, Prime Minister Vladimir Putin said on Monday.

The Russian Armed Forces will receive over 1,300 types of weaponry in line with a draft arms procurement program until 2020, Prime Minister Vladimir Putin said on Monday.

"We will need to set up new or expand the existing production lines to manufacture 220 of the new types of weaponry," Putin told a meeting on the program, which is expected to be adopted by the yearend.

More than 20 trillion rubles ($640.7 billion) will be earmarked for weapons procurement, three times more than is allocated in the existing 2007-2015 program, he added.

The new program stipulates the upgrade of up to 11 percent of military equipment annually and will allow Russia to increase the share of modern weaponry to 70 percent by 2020.

Putin said that 4.7 trillion rubles ($150.7 billion), or almost a quarter of the total budget, would be allocated to the modernization of the Russian Navy.

"We now have more money and there are possibilities to expedite the construction [of submarines]," Putin said after visiting the Alexander Nevsky nuclear submarine, which is under construction at the Sevmash shipyard in the town of Severodvinsk in northern Russia.

Alexander Nevsky is the second of the Borey class nuclear submarines being built at Sevmash.

The Yury Dolgoruky sub has completed sea trials and could be adopted by the Navy in 2011, while the Vladimir Monomakh, and Svyatitel Nikolai (St. Nicholas) are in different stages of completion.

Russia is planning to build eight of these subs by 2015 and equip them with Bulava submarine-launched ballistic missiles.