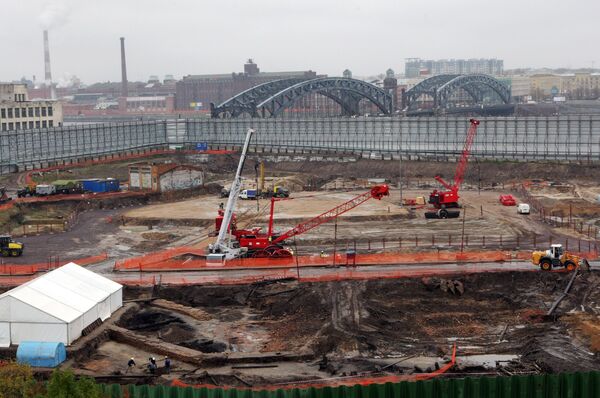 Russian President Dmitry Medvedev influenced the decision to move the construction site for a divisive 400-meter skyscraper in St. Petersburg, a Kremlin source said on Thursday.

St. Petersburg Governor Valentina Matviyenko said earlier in the day that a final decision had been made to move the site of the Okhta center.

"The president's position had a direct bearing on the Okhta decision," a source in the presidential staff said.

Medvedev said in May he supported UNESCO's complaints about the project, which was advocated by Prime Minister Vladimir Putin.

Matviyenko did not say exactly where the tower would be built, but said there would be "thorough consultations" on the issue with the city's urban development committee and other expert groups.

"When a decision is made, we will submit it for public discussion," she said.