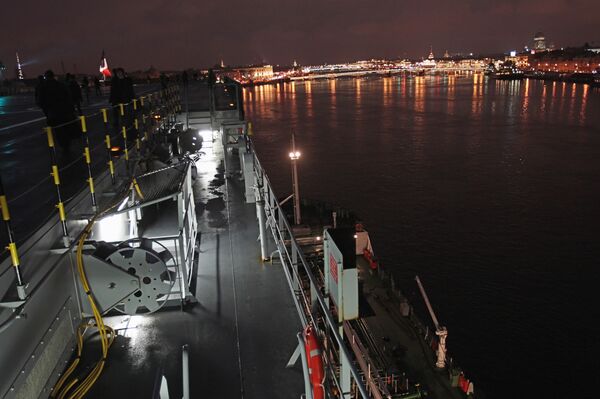 Russia's United Shipbuilding Corporation (USC) and France's shipbuilder DCNS signed an agreement last month to form a consortium, in a move that may bring the pending helicopter carrier deal closer to completion. The consortium is the most likely winner of a Russian tender to build two Mistral-class helicopter carriers.

"The negotiations are underway, they are making good progress and we are optimistic," the spokesman said. "I think both sides are determined to pursue the goals set by  Presidents Dmitry Medvedev and Nicolas Sarkozy in March."

The French official added that no decisions on Mistral are expected to be made during French Prime Minister Francois Fillon's visit to Moscow on Wednesday.

Russia and France are currently in talks on a 2+2 scheme, whereby Russia will buy one or two French-built Mistrals and build another two at home. The contract is expected to be inked before the end of the year.