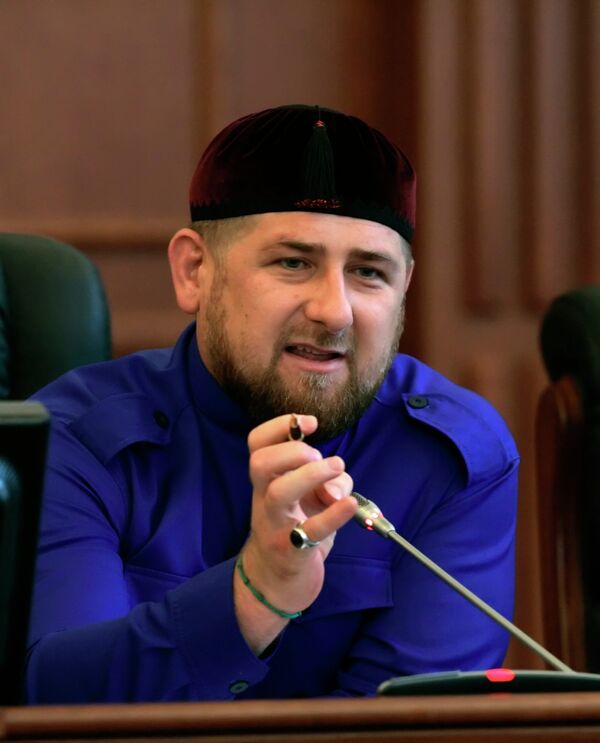 Chechen President Ramzan Kadyrov said he still hopes that the capital of Russia's volatile republic, Grozny, will be allowed to host at least one of the 2018 World Cup matches.

Chechen President Ramzan Kadyrov said he still hopes that the capital of Russia's volatile republic, Grozny, will be allowed to host at least one of the 2018 World Cup matches.

Russia won its bid to host the 2018 World Cup on Thursday, defeating bids by England, Spain/Portugal and Holland/Belgium. The list of 13 host cities, including Moscow, Kaliningrad, Sochi and St. Petersburg, has been already announced.

Chechnya, which saw two brutal separatist wars in the 1990s and early 2000s, is not on the list, but Kadyrov proposed allowing Grozny to host a match last week, saying that the republic's residents "really love football."

"We will try to host at least one of the matches," Kadyrov told a government session on Monday. "This event could give a powerful impetus for developing the sport, not only in the republic but also in the entire [south Russian] North Caucasus Federal District,"

The Chechen leader noted that a number of players from Chechnya's Terek Grozny football club have a real chance of making it onto the Russian national team in 2018.

Kadyrov said the Chechen authorities have recently been supporting a drive to encourage sport and physical activity in the republic by constructing a number of sports facilities, including a stadium in Grozny.

The Chechen president, a former militant, has pledged to turn Chechnya into a popular tourist destination. He said earlier the republic intended to create a large ski resort and rebuild architectural sites to attract tourists.