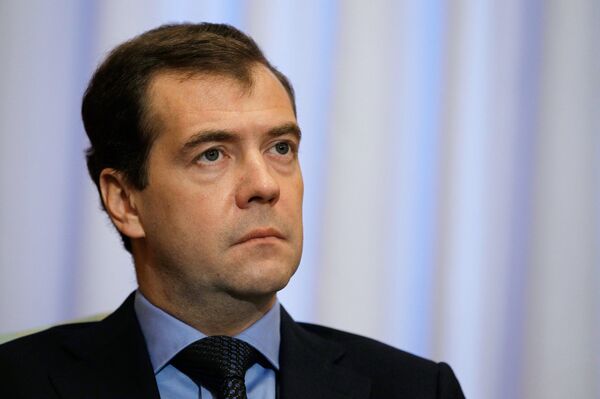 Russia is committed to finding out the whole truth about the Katyn massacre, President Dmitry Medvedev said in Warsaw on Monday.

Russia is committed to finding out the whole truth about the Katyn massacre, President Dmitry Medvedev said in Warsaw on Monday.

"Russia has recently taken a number of unprecedented steps towards clearing up the legacy of the past," Medvedev said after talks with the Polish President Bronislaw Komorowski. "We will continue in this direction."

In November, Russia's lower house of parliament declared that Soviet dictator Joseph Stalin ordered the execution of 22,000 Polish officers and civilians in Katyn forest near Smolensk in 1940.

The Soviet leadership had blamed the massacre on the Nazis, with Mikhail Gorbachev the first to acknowledge that the Soviet secret police, the NKVD, the precursor of the KGB, was responsible for it.

Russia's state archive published once-secret documents on the Katyn murders on its website in April.

"We should know the truth; this is as necessary for the Poles as it is for our own citizens," the Russian leader said.

He said Russia would continue to cooperate with Poland in the study of the period, including "the tragic events of the earlier period of the Civil war," when tens of thousands of Russian officers perished in Poland.

Komorowski said he hoped for a thorough investigation into what may be one of the greatest mass murders of the 20th century.

"We hope that all issues relating to the Katyn massacre will be documented and that the investigation will be completed," Komorowski said.

Medvedev's visit comes as part of a thaw in relations between Russia and Poland. Opinion polls suggest the Poles favor closer ties with Russia.