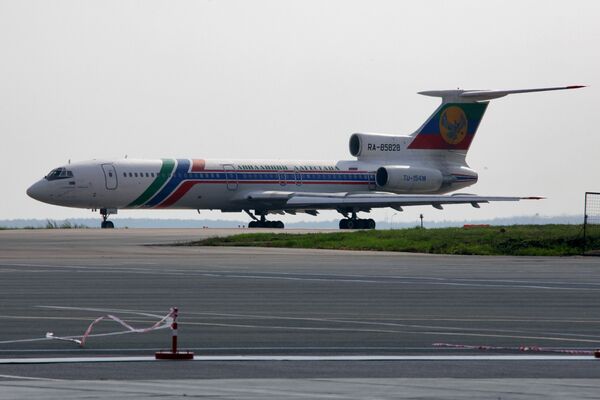 A Dagestan Airlines' Tu-154 plane bound for the Russian North Caucasus republic of Dagestan made an emergency landing on Saturday after two of its three engines failed several minutes after it took off from Moscow's Vnukovo Airport. The plane skidded off the runway at another Moscow airport, Domodedovo, and broke into pieces, killing the mother of a Russian Constitutional Court judge and injuring over 80, including the Dagestani president's brother, Gadzhimurad Magomedov, who later died in hospital.

Russian investigators are considering pilot error, pre-flight technical faults and technical failures during the flight as the three most likely causes of the accident, investigation sources say.

Another Tu-154 incident took place in September, when a Tu-154 made an emergency landing at an abandoned runway in the taiga in Russia's republic of Komi after its radio, navigation and electricity systems failed. The plane skidded 200 meters off the runway through brush and trees, but no one was hurt during the landing.

In April, a Soviet-made Tu-154 carrying Polish President Lech Kaczynski, his wife and 95 other Polish dignitaries crashed in western Russia after it hit trees while landing in thick fog. All passengers on board the aircraft were killed. The causes of the crash have not yet been established.

Rosaviatsia said that more than 70 Tu-154 airliners are still in operation.