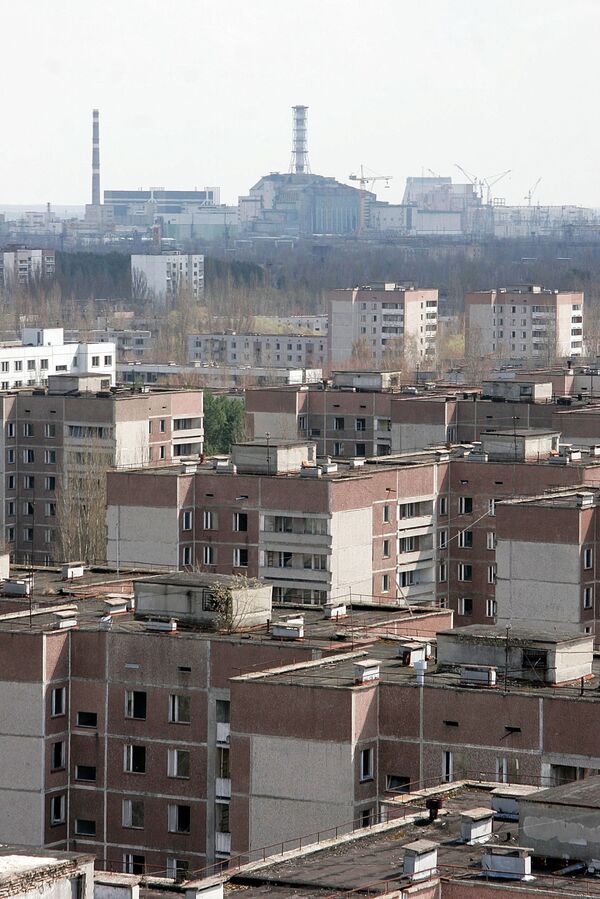 © RIA Novosti . Sergei Starostenko
/
Go to the photo bank
Subscribe
A group of independent environmentalists has uncovered a zone in Ukraine's Dnepropetrovsk region where the radiation level is higher than that in Chernobyl, the Ukrainian paper Segodnya said on Friday.

A group of independent environmentalists has uncovered a zone in Ukraine's Dnepropetrovsk region where the radiation level is higher than that in Chernobyl, the Ukrainian paper Segodnya said on Friday.

Regional authorities have dismissed the report, saying the ecologists used equipment not certificated in Ukraine.

The abandoned uranium mine, located in the Ukrainian village of Dovhyvka, poses a great danger to people and the environment, Oleksiy Vedmidsky, the head of a local group of ecologists, said.

"This radiation won't kill people at once; it all depends on the time you spend near such a powerful source of radiation. But there are no warning signs there," Vedmidsky said.

"According to our information, 7 million tones of processing medium are buried there," ecologist Yuriy Babynin said.

"We know that there was once a mine here, but we don't know what exactly was processed," Serhiy Leonidovych, said. When the mine was closed several workers received new flats in another city, "and those who remained avoided speaking about their work," he added.

"People who are spreading alarm used a particle detector not certified in Ukraine," Serhiy Milyutyn, spokesman for Dnepropetrovsk region's administration said when asked.

Vedmidsky said he used a Geiger counter manufactured by a reliable U.S. firm and emphasized that he trusts its readings.

"The counters used by the government indicate only one type of radiation, while my detects alfa, beta, gamma and roentgen rays," he said.