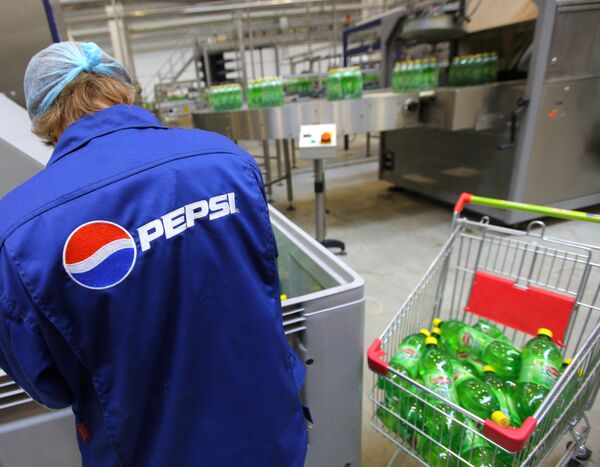 U.S. PepsiCo has signed a $3.8 billion deal to buy 66 percent of Wimm-Bill-Dann, one of Russia's leading dairy producers, Wimm-Bill-Dann's co-owner and board member David Yakobashvili said on Thursday.

"We have signed an agreement, which binds us to sell shares for $132 per share, or $5.8 billion total, if PepsiCo gets approval from relevant bodies," Yakobashvili told RIA Novosti news agency.

"PepsiCo ... and Wimm-Bill-Dann Foods OJSC ...today announced that PepsiCo has agreed to acquire 66% of Wimm-Bill-Dann for $3.8 billion, pending the required government approvals," PepsiCo said in a statement.

"In connection with this acquisition, PepsiCo will offer to acquire the remaining shares of Wimm-Bill-Dann through an offer following completion of that acquisition at such time and on terms as are mandated by Russian law, and PepsiCo may acquire additional shares in other transactions."

The deal will propel PepsiCo to the position of Russia's largest food-and-beverage business and make it a leader in the country's fast-growing dairy category.

The Russian dairy market has grown at a compound rate of 22% to $17 billion since 2006, and is expected to grow at a low-double-digit rate for at least the next three years. Over the next five years Russia is forecast to be one of the largest contributors to global dairy growth, PepsiCo said.

"Dairy has a huge, untapped potential to bridge snacks and beverages. We see the emerging opportunity to 'snackify' beverages and 'drinkify' snacks as the next frontier in food and beverage convenience," PepsiCo Chairman and Chief Executive Officer Indra Nooyi was quoted in the statement as saying.

Ramon Laguarta, president of PepsiCo Central and Eastern Europe Region, said in June that the company expected to become the largest food producer in Russia, where PepsiCo already owns nine plants, by 2015.

The Wimm-Bill-Dann deal will raise PepsiCo's annual global revenues from nutritious and functional foods from $10 billion now to nearly $13 billion driving the firm closer to its goal of building a $30 billion nutrition business by 2020.

Wimm-Bill-Dann was started from scratch in 1992 by a group of businessmen who saw an opportunity to earn money by replacing Soviet juices sold in three-liter glass jars with European-style drinks. With time, the company branched out to dairy products, baby food and mineral water.

The company has long been negotiating a sale with Danone buying some of its shares as a token of future cooperation but the firms failed to come to an agreement.

The French company signed a deal with another large Russian milk and dairy maker Unimilk in June. The complicated cash and asset deal created a company with annual sales of about 1.5 billion euros ($1.95 billion) on the basis of Unimilk's assets and Danone's firms in Russia, Kazakhstan, Belarus and Ukraine.