Mi-38 helicopter production to begin in 2013 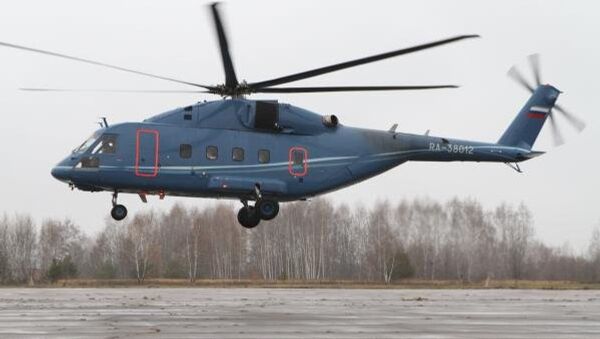 Russian Helicopters'spokesman Roman Kirillov said all problems with Pratt & Whitney have been resolved.

"The company plans to equip the helicopters with both Russian and Canadian engines. We see it as an additional advantage for our buyers. Partners in Russia and the CIS states traditionally opt for Russian-made engines, while partners worldwide may prefer Canadian," he said.

The Mi-38 program has been repeatedly delayed. Russian Helicopters' Mil Moscow Helicopter Plant said last year that production of the new-generation helicopter would begin no earlier than in 2014, as Pratt & Whitney Canada, initially chosen as the preferred engine supplier, was planning to pull out of the project.

Their reluctance to supply the engines was due to a U.S. embargo on sales of dual-purpose equipment to Russia.

The helicopter is currently being tested and will later undergo a full flight test cycle.

"The helicopter has already completed 26 ground runups and seven hover and low speed flights over the runway," Russian Helicopters said.

A third prototype is currently being assembled at the Kazan Helicopter Plant in Tatarstan.

The twin-engine Mi-38 can accommodating up to 30 passengers, or carry a payload of five tons, and can be used for civilian and military purposes.