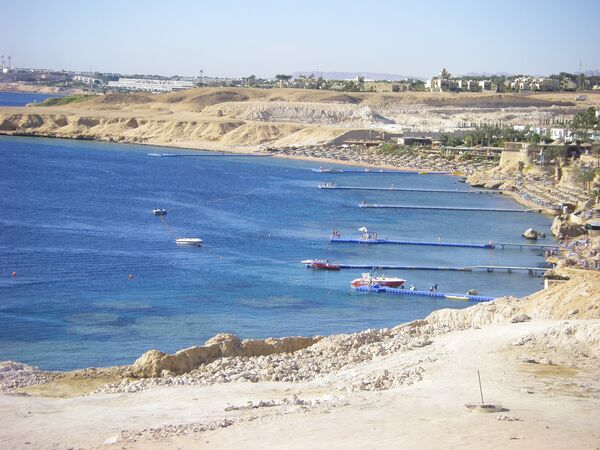 Recent shark attacks in the Red Sea have been caused by ecosystem damage, a local environmental official said on Wednesday.

The shark attacked a diving couple on Tuesday, severely injuring the woman's back and legs and shredding the man's legs. On Wednesday, a shark bit off the arms of another two vacationers.

Director of Sinai Conservation Mohammed Salem said the uncontrolled fishing in the popular diving areas left the sharks without food.

"That is why the sharks are forced to approach the shore in search for food," Salem said.

He said Egyptian authorities should ban fishing in these areas adding that such incidents occur in the country once or twice a year.

Salem said Coast Guard authorities were hunting for the shark and have issued a warning for swimmers to stay out of the water.

The four victims of the attack were flown in critical condition to Cairo for medical treatment.

In the past years, Sharm el Sheikh and other Egyptian resorts have become a popular destination for Russian vacationers due to the easy access to the country and the All-Inclusive system used by most hotels.

Some 2 million Russian tourists visited Egypt in 2009 and the figure is expected to reach 3 million in 2010.