Putin to give interview to CNN's Larry King 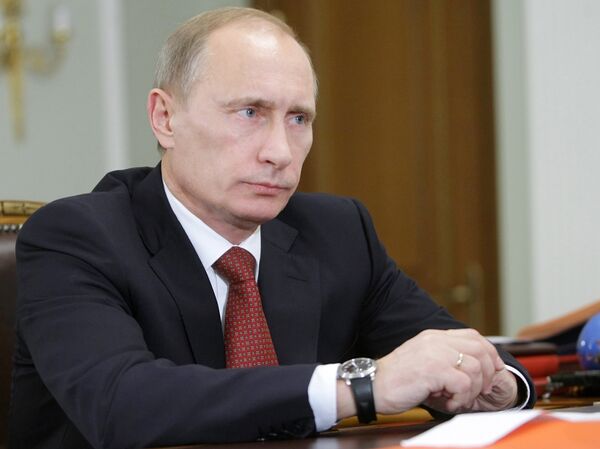 Russian Prime Minister Vladimir Putin is to give an interview to record-breaking U.S. talk show host Larry King on Tuesday.

Russian Prime Minister Vladimir Putin is to give an interview to record-breaking U.S. talk show host Larry King on Tuesday.

"The interview will be recorded today and will be broadcast at 05:00 a.m. Moscow time [02:00 GMT] on December 2," Putin's spokesman Dmitry Peskov said.

He said the interview is to last about 40 minutes.

When asked what had happened to the nuclear-powered Kursk submarine during his interview with King in 2000, Putin, five months into his first presidential term, simply replied: "It sank."

In August 2000, an explosion onboard the submarine left 118 dead in one of the greatest tragedies in Russian naval history.

King, 76, who made it into the Guinness Book of World Records earlier this year for the longest-running television show hosted by the same person, on the same network and in the same time slot. Larry King Live on CNN was launched in 1985.

In June, he announced he would step down in the fall.