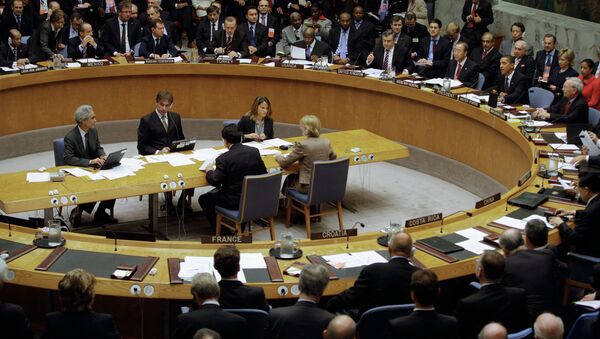 The UN Security Council may consider "toughening sanctions against North Korea for its uranium enrichment facility" on Tuesday.

The UN Security Council may consider "toughening sanctions against North Korea for its uranium enrichment facility" on Tuesday, the Seoul-based Arirang TV said citing sources in the international body.

North Korea's state news agency KCNA reported earlier in the day, citing an editorial from the ruling party's Rodong Sinmun newspaper, that "a modern uranium enrichment facility with many thousands of centrifuges," is operating in North Korea.

"Countries such as the US, Britain and France raised deep concerns over the North's centrifuge-based nuclear facility during a meeting to review a report by the UN North Korea Sanctions Committee," the English-language TV channel said on its website Tuesday.

The 15-nation board is to discuss North Korea's nuclear program and the recent deadly shelling of the South's Yeonpyeong Island in the Yellow Sea on Tuesday.

The announcement comes a day after U.S. ambassador to the UN, Susan Rice, urged the Security Council "to intensify their important ongoing efforts to tighten sanctions enforcement." She also said the 15-nation board should study information about a nuclear facility 100 km north of Pyongyang which is currently under construction.