Russia to be guided by actions, not leaked secrets - Russian FM (Update 1) 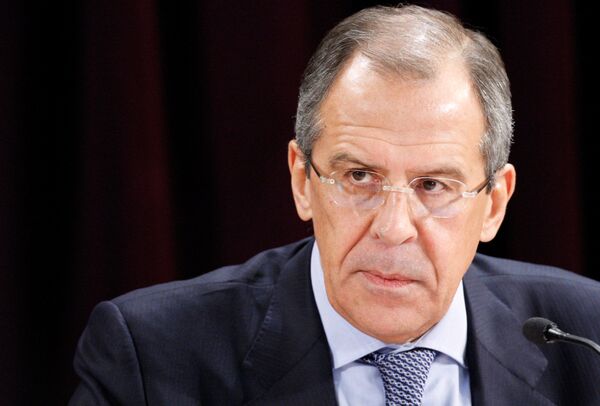 Russia will base its policies on the concrete actions of its partners rather than the documents leaked on Sunday by the WikiLeaks whistleblowing website, Foreign Minister Sergei Lavrov said.

Russia will base its policies on the concrete actions of its partners rather than the documents leaked on Sunday by the WikiLeaks whistleblowing website, Foreign Minister Sergei Lavrov said.

"WikiLeaks is an amusing read, but in practical politics we are going to be guided by the concrete actions of our partners," Lavrov told journalists in New Delhi.

The Russian president's spokeswoman said the leaked documents did not even merit comment.

Despite Putin's authoritarian image, there were also suggestions in the documents that the former KGB man was finding it tough to prevent his decisions getting bogged down in Russia's notorious bureaucracy.

The site also released a secret cable from a meeting in Paris in February between U.S. Secretary of Defense Robert Gates and then French Foreign Minister Herve Morin. In it Gates describes Russia in blunt terms: "Russian democracy has disappeared and the government is an oligarchy run by the security services."

"President Medvedev has a more pragmatic vision for Russia than Prime Minister Putin, but there has been little real change," Gates adds.

Putin's ties to his Italian counterpart Silvio Berlusconi also came under scrutiny, with talk of "lavish gifts" and a "shadowy" Russian-speaking Italian go-between.

The main suspect in the leak of the documents, along with the previous logs, is jailed U.S. Private Bradley Manning, who had top-secret clearance as an intelligence analyst for the Army when he was stationed in Iraq.

Manning, 22, was charged in June with several violations of the U.S. Criminal Code for allegedly transferring classified data without authorization.