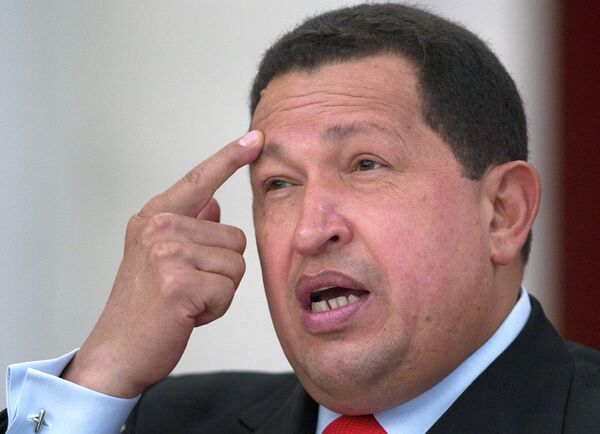 Speaking at a ceremony to celebrate 90 years of Venezuela's Air Force on Saturday, Chavez said the sides reached the loan agreement during his visit to Russia in October although no official statement was made at the time of the visit.

"We were in Russia not long ago and the Russian government gave us a $4-billion credit to help us with [building up] our defense capability," the president said.

Moscow has already provided Caracas with several loans to buy Russian-made weaponry, including a recent $2.2-mln loan on the purchase of 92 T-72M1M tanks, the Smerch multiple-launch rocket systems and other military equipment.

Chavez did not specify the types of weaponry Venezuela was going to buy from Russia in the future.

He justified big spending on arms by his country's need to defend the nation from potential external threats.

"We are simply doing the task of defending the fatherland from the threat of [U.S.] empire and its allies," Chavez said.