Russia to cap annual defense budget at 2.8% GDP for next decade 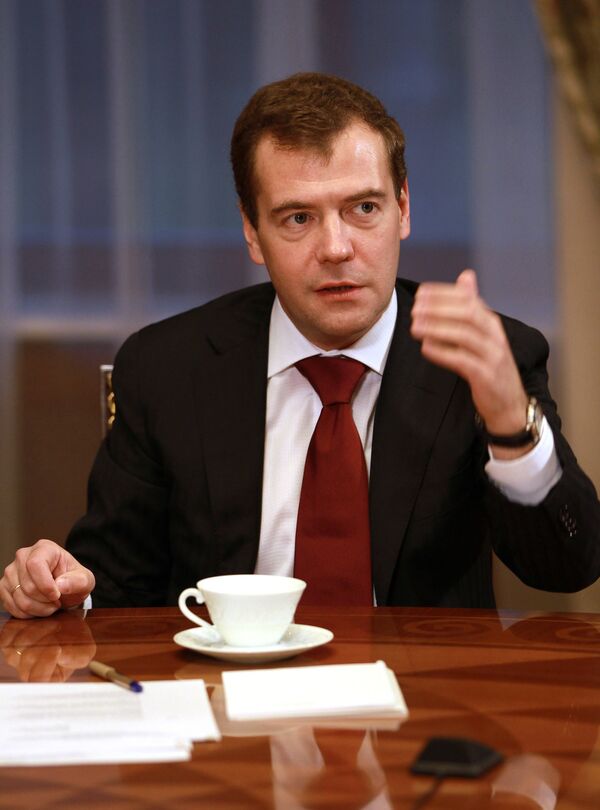 © RIA Novosti . Vladimir Rodionov
/
Go to the mediabank
Subscribe
International
India
Africa
Russia will maintain its defense budget at the level of 2.8 percent of GDP until 2020 to coincide with ongoing military reforms, President Dmitry Medvedev said on Thursday.

Russia will maintain its defense budget at the level of 2.8 percent of GDP until 2020 to coincide with ongoing military reforms, President Dmitry Medvedev said on Thursday.

"Starting this year and until 2020, annual defense spending will remain at 2.8 percent of GDP," Medvedev said at a meeting with top military commanders at a training range near the city of Nizhny Novgorod.

"This will help provide troops with advanced weaponry in line with the current state arms procurement program," he said.

The president said a total of 21 trillion rubles ($670 billion) would be spent under this program.

Medvedev said a substantial part of the budget will be spent on an increase of service pay and improvement of social conditions for Russian servicemen.

"The task, which is in fact no less important and no less complicated, is to solve all social problems facing the military," he said.

Medevedev vowed to triple basic service pay for military personnel starting in 2012 to improve the poor living conditions in the military.

"From 2010, we will start the planned reform of the system of military service pay," the president said. "Finally, we should reach the goal of raising service pay practically threefold."

The reform will involve all categories of military personnel, including contracted soldiers.