Russia, China lift restrictions on trade in ruble and yuan 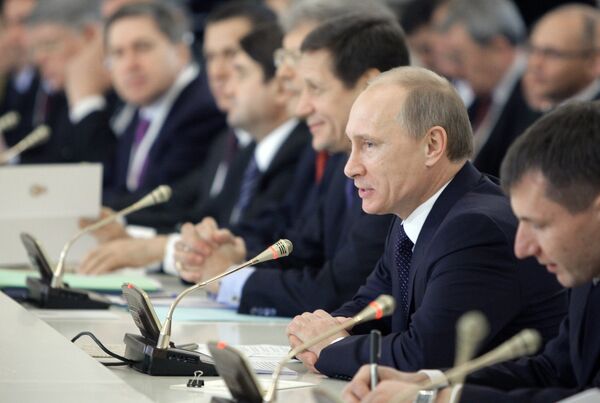 Russia and China have lifted restrictions on trade in the ruble and the yuan in a bid to boost bilateral trade and economic cooperation.

Russia and China have lifted restrictions on trade in the rubles and the yuan in a bid to boost bilateral trade and economic cooperation, following the results of a meeting between Russian Prime Minister Vladimir Putin and his Chinese counterpart Wen Jiabao on Tuesday.

"This is a serious step forward towards creating better trade conditions and this is the result of the strengthening of our economies," Putin said.

The restrictions were lifted after Russia and China signed a protocol on amendments on Tuesday to the existing Russian-Chinese trade and economic cooperation agreement dated March 5, 1992. The document was signed by Russian Deputy Finance Minister Alexei Savatyugin and Chinese Deputy Commerce Minister Gao Hucheng.

"Until now, under our previous agreements, we made mutual settlements exclusively in foreign currency, first of all, in U.S. dollars, and now, as the first step, trade in Russian rubles has started on the forex exchange in China and at the beginning of December trade in the yuan will begin in Moscow," Putin said.

In 2002, Russia and China started an experiment in their border areas, which allowed Russian and Chinese banks to open ruble and yuan accounts . A year later, the Bank of Russia and the People's Bank of China signed an agreement on trade in national currencies.

According to Viktor Melnikov, Deputy Chairman of the Russian Central Bank, Russian-Chinese trade from 2003 to 2010 in the border areas jumped more than 900 percent, while absolute volumes are not as high as some technical problems, for example VAT refund, impede bilateral trade.

In 2009, bilateral trade in the Russian national currency amounted to 15.5 billion rubles while trade in the Chinese currency totaled 53 million yuan or $7.79 million. Over the same period, overall Russian-Chinese trade turnover amounted to $38.8 billion.

Putin said trade turnover between Russia and China in 2010 would probably reach the pre-crisis level and added the January-September turnover had already grown by 56 percent to $42 billion.