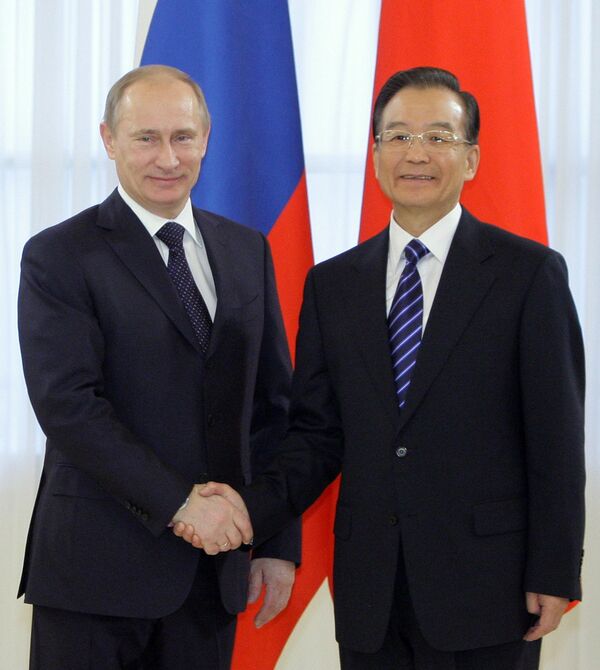 Russia and China sealed a number of deals on oil, gas, coal and nuclear cooperation on Tuesday, as trade volumes between the two countries increase.

Russia and China sealed a number of deals on oil, gas, coal and nuclear cooperation on Tuesday, as trade volumes between the two countries increase.

A Chinese delegation is meeting with the Russian leadership this week for talks on deepening technology, financial and energy cooperation.

Russian Prime Minister Vladimir Putin will meet with his Chinese counterpart Wen Jiabao in St. Petersburg later today, with a row over gas prices likely to dominate the agenda. The row has stalled the construction of a crucial gas pipeline between the countries.

Russia and China have been wrangling over the price of Russia's gas deliveries since 2004. Russia wants China to pay the same price as its European customers but Beijing is angling for a discount.

The gap in pricing expectations is about $100 per 1,000 cubic meters, Gu Jun, deputy director-general of the international department at China's National Energy Administration, said last week.

Deputy Prime Minister Igor Sechin said earlier on Tuesday the issue would be resolved by next summer.

Russia, the world's biggest energy producer, is eager to increase gas supplies to the world's fastest growing major economy whose consumption is expected to soar in the next few decades.

In September, Russia and China signed a document outlining the general terms of Russia's gas supplies to China. The export contract is expected to be signed in the middle of next year and is supposed to cover 30 years. The volume of supplies is set at 30 billion cubic meters.

A statement on the Chinese Foreign Ministry's website said Russia would start crude supplies to China through the pipeline on January 1, 2011.