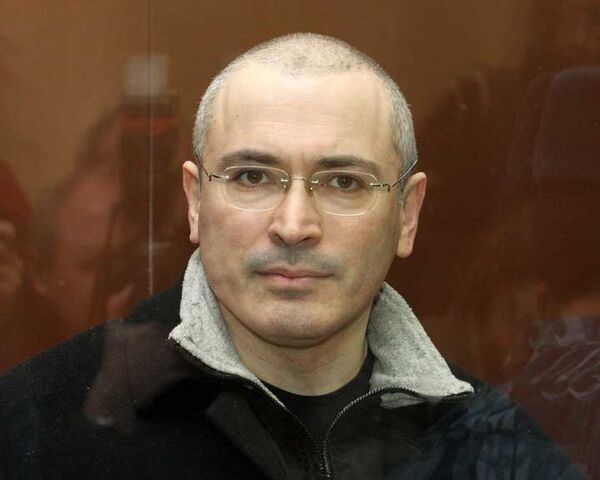 "On November 20, 2010 http://www.facebook.com/m.khodorkovsky was closed by the administration of the social network Facebook without notification or explanations," the statement said. "The account was kept by Mikhail Khodorkovsky and Platon Lebedev's official press center, on behalf of Mikhail Khodorkovsky," it continued.

Another page also kept by the Khodorkovsky and Lebedev's press center is currently available on Facebook. The network's administration Facebook has not yet responded to inquiries about the possibility of restoring that account.

Khodorkovsky and Lebedev, who have already spent seven years behind bars for tax evasion, are facing new charges of embezzling 218 tons of oil from Khodorkovsky's former oil firm Yukos and laundering over 3 billion rubles ($97.5 million) in revenues. If found guilty, the two men face another seven years in jail.

Observers say the two men will most likely be found guilty as the Kremlin wants to keep them in jail for as long as possible.