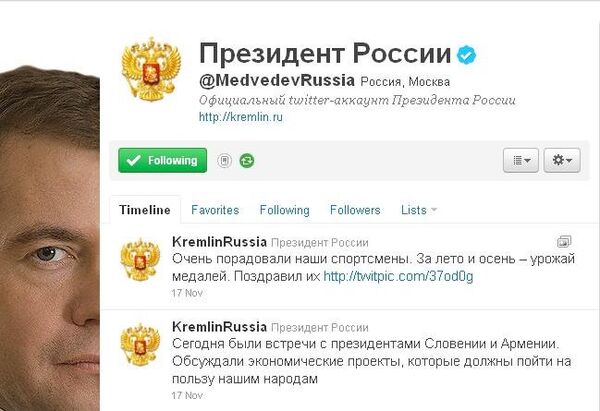 Russian President Dmitry Medvedev renamed on Friday his popular account on the Twitter micro-blogging site to make it more informal.

"The presidential staff if currently working on this," she said.

Timakova said the change was Medvedev's own initiative as he prefers to communicate with Twitter users personally.

Medvedev also changed the account's design and replaced the Kremlin's image with his photograph.

The technologically savvy Russian leader registered on Twitter in June during his visit to the United States. More than 122,000 people are currently following him on Twitter. The English version has more than 52,000 followers.