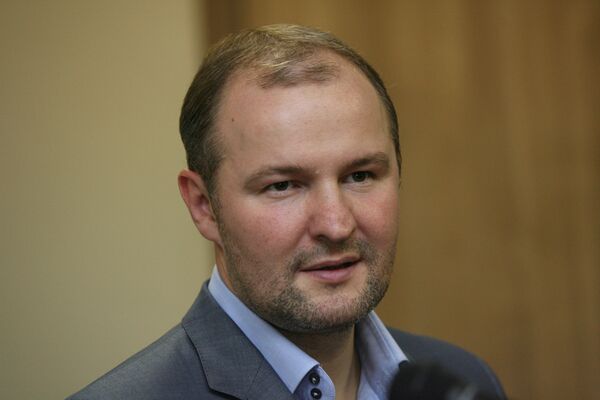 According to USC's draft development concept, the 100% state-owned company is seeking the status of a separate "entity in military-technical cooperation," which allows it to "carry out foreign trade activities concerning military equipment," Kommersant said.

The document was submitted for approval to the Russian government about a month ago.

So far, only Russia's state-run arms exporter Rosoboronexport is entitled to export the whole range of military items, including fully assembled equipment. Other 21 engineering companies and manufacturers, also vested with the status, are allowed to export only spare parts, disassembled equipment and carry out service maintenance.

"We are now studying various models of entering foreign markets, in calm dialog with Rosoboronexport," an unnamed source in USC told Kommersant.

Rosoboronexport, which accounts for 80% of all Russian arms exports, said, however, that USC's plans may damage Russia's national interests.

"The emergence of new entities in military cooperation, entitled to sell ready-to-use military equipment, is a step backwards. In fact, it will return us to the times when Russian arms exports stood at $2 billion. At that moment, we eliminated competitiveness on the export market, and now the figure has grown to $10 billion," a Rosoboronexport spokesman, Vyacheslav Davydenko, told the paper.

Exports estimate that Rosoboronexport may lose up to 25% of its current export contracts if the government approves the initiative.

"According to Rosoboronexport's forecasts, Russia's overall defense exports will top $10 billion and set another record this year, and actual deliveries of new vessels and naval arms constitute a considerable share in it," Kommersant quotes Mikhail Barabanov, the editor-in-chief of the English-language Moscow Defense Brief magazine, as saying.

"It's highly unlikely that Rosoboronexport agrees to give up its monopoly status," he added.

The Federal Service for Military-Technical Cooperation did not comment on the reports.