Putin to choose name for new puppy next week 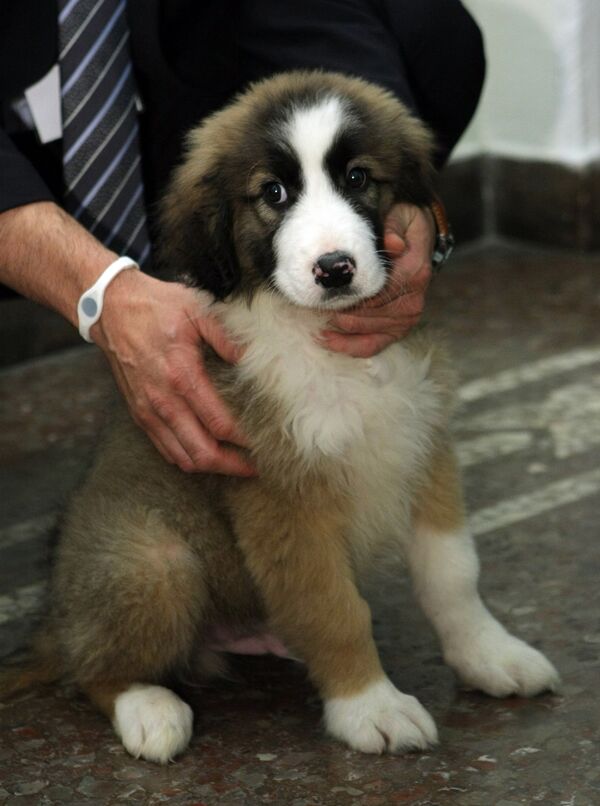 Russian Prime Minister Vladimir Putin will choose a name for his new dog next week, his press secretary said on Thursday.

Russian Prime Minister Vladimir Putin will choose a name for his new dog next week, his press secretary said on Thursday.

The Karakachan puppy was given to Putin by Bulgarian Prime Minister Boyko Borisov after talks in Sofia on November 13. Russia's man of deeds hugged it affectionately and kissed it on the nose.

On November 16, Putin asked the public to help choose a name for the puppy and to send suggestions to the premier's website, www.premier.gov.ru.

"The site is receiving suggestions. Putin will look through them and make his choice in a week or so," press secretary Dmitry Peskov said.

Peskov said the new puppy has not been introduced to Putin's most famous pet, a black Labrador named Connie, however a source in his press service reported earlier that the two dogs had already met each other.

The premier's household has two other canine pets, two poodles, who will also have to adapt to the new family member. The poodles are said to belong to Putin's wife, Lyudmila.