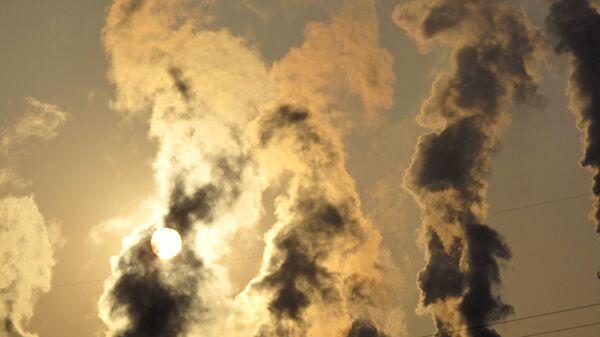 Subscribe
Russia’s politicians and ecologists have been forced to address the issue of climate change for the second time this year as November temperatures break records in a number of regions.

Russia’s politicians and ecologists have been forced to address the issue of climate change for the second time this year as November temperatures break records in a number of regions.

“Russia is getting warmer and warmer,” says Yelena Kravets of The Bellona Foundation, an environmental NGO based in Norway, with an office in St.Petersburg. “We are having shorter winters, which may be pleasant at the moment, but will have a greater impact.”

A record-breaking heat wave this summer caused a series of destructive wildfires and an unparalleled drought that destroyed crops so severely all grain exports had to be banned.

“What’s happening with the planet’s climate right now needs to be a wake-up call to all of us, meaning all heads of state, all heads of social organizations, to take a more energetic approach to countering the global changes to the climate,” Medvedev said.

In 2009, ahead of the Copenhagen Climate Conference, the Russian government adopted a climate doctrine outlining the country’s response to climate change.

“Our government is very two-faced,” says Kravets. “They signed a climate doctrine in 2009, officially confirming that climate change is really taking place. But that’s just a declaration. It doesn’t mean anything until plans are drafted, and action is taken.”

The doctrine, which envisages measures to be taken by the Russian government, was designed to enhance the efficiency of the Russian economy, primarily energy efficiency, Russian Natural Resources Minister Yury Trutnev said.

Russia cannot afford not to respond to climate change. The country is the third largest emitter of greenhouse gases globally, behind only China and the United States – and by virtue of its size and variable continental climate, it is more vulnerable. Proof of warming is already widespread across the country, with glaciers and Arctic Sea ice dwindling. As they melt, huge portions of carbon will release vast amounts of methane into the air – and methane is a greenhouse gas many times more potent than CO2.

“The political winds have changed at the top and there is a growing consensus that climate change is happening and [there is] a will to change and build a more efficient economy,” Kevin James of London-based Climate Change Capital says.

The Ministry of Natural Resources drafted a law on Wednesday outlining measures to charge businesses for their negative impact on the environment. The bill is still in its rough stages, but if passed, could have pricey impact on the country’s big businesses.

Russia is the world’s biggest oil and gas producer and cheap, government-capped domestic energy prices have drained motivation to conserve power. Medvedev hopes that will change. His goal is to make the country’s economy 40 percent more energy efficient by 2020.

The move is a step in the right direction, but environmentalists say Russia still lags behind in economic modernization, which China has embraced by becoming the world’s leading manufacturer of wind turbines and solar panels.

Global Green, a non-profit organization based in the United States, gave Russia a failing grade in its use of renewable energy sources.

“If our country doesn’t move more quickly to recognize the problem of global climate change, things will get grim,” says Kravets of The Bello Foundation. “What we are seeing now --shorter winters, warmer summers – is just the beginning of the crisis.”