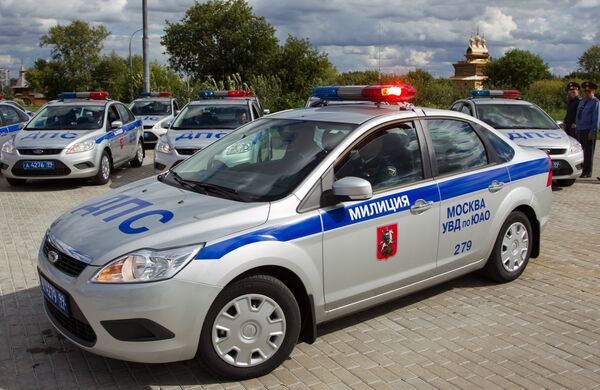 "A number of police officials were penalized for violating traffic rules," Spokesman Andrei Moskovkin said, adding that over 780 cars were checked during the raid.

Several politicians who were fined threatened policemen and demanded a halt to the raid, Moskovkin said.

Moscow VIP cars with flashing blue lights brazenly disregarding traffic rules spawned a grassroots protest movement this spring. In a dozen demonstrations in Moscow, motorists attached blue buckets to the roofs of their cars in imitation of the lights, known in Russian as migalki.