Ulyanovsk seeks to become European Capital of Culture by 2020 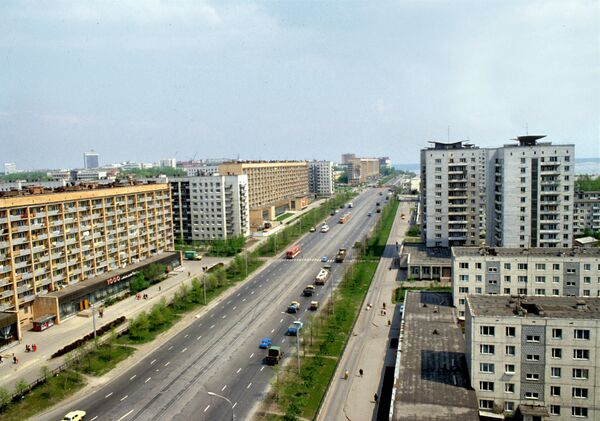 © RIA Novosti . Boris Ushmaykin
/
Go to the photo bank
Subscribe
Ulyanovsk regional authorities are committed to having the region’s capital declared the European Capital of Culture by 2020, Ulyanovsk Region Governor Sergei Morozov said in an address to the regions’ residents.

Ulyanovsk regional authorities are committed to having the region’s capital declared the European Capital of Culture by 2020, Ulyanovsk Region Governor Sergei Morozov said in an address to the regions’ residents. Toward this end, Mr. Morozov announced a nationwide contest to find a new municipal minister of art and culture.

The governor said that the Ulyanovsk authorities intend to pursue an entirely new course to develop the region.

“Our ambitious plan is to make Ulyanovsk the European Capital of Culture, to make the city a comfortable place to live for young people, scientists, intellectuals and other talented people. Our task in the municipal government is to craft a cultural policy that will foster a highly cultured society in the best traditions of European and world culture,” Mr. Morozov said.

“What we need is an absolutely innovative approach – not only major investments to renovate and repair cultural institutions, but also efforts to modernize the cultural sphere: hosting international festivals, contests, and modern art exhibitions featuring works by foreign artists.

“This is why we need professional managers specializing in culture, who can use the latest technology to bring the most daring ideas to life, and do it on the highest possible level, as they do in Europe and the United States,” the governor said.

“We must help facilitate contact between young talents and their Russian and foreign colleagues. The Ulyanovsk Region should become a central platform for discussing cultural policy both in Russia and abroad.”

According to the governor, the regional government will search the country for a person capable of achieving these goals.

“We have announced a nationwide contest to fill the vacant office of minister of art and culture to achieve these ambitious goals,” the governor said. “We will also hold contests to find other top-level ministry officials, such as department directors and section heads. We are looking for creative managers who know how to solve the problems in the cultural sphere today and who will be able to propose a strategy for the region.”