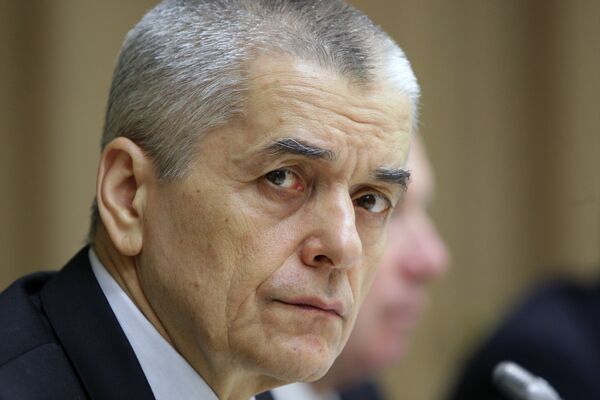 Russia's chief sanitary doctor warned Russians against traveling to Caribbean countries because of the growing cholera epidemic in Haiti.

At least 700 people have died since the outbreak of cholera almost a year after a devastating January 12 earthquake killed more than 250,000 people in Haiti.

Over 7,000 people are believed to have been infected with Vibrio cholerae, which is thought to originate in South Asia and was presumably brought in by peacekeepers from Nepal. The disease was detected in half of the country's ten regions, with north provinces being the hardest hit.

Gennady Onishchenko has called on Russians to avoid traveling to the neighboring Dominican Republic since "the situation in Haiti is worsening."

"It is possible to live in the heart of a cholera outbreak following precautions, but a vacation is not a case to take such risks," Onishchenko said.

The humanitarian situation in Haiti was further aggravated as drinking water supply systems were badly damaged by tropical storm Tomas in early November.

Almost 1.3 million of the country's residents have been living in tent camps since the deadly earthquake. The disaster leveled most of the capital, Port-au-Prince, and caused significant destruction in other parts of the impoverished country.

Cholera is a bacterial infection that spreads through contaminated water, causing severe diarrhea and vomiting that can lead to dehydration and death within hours.