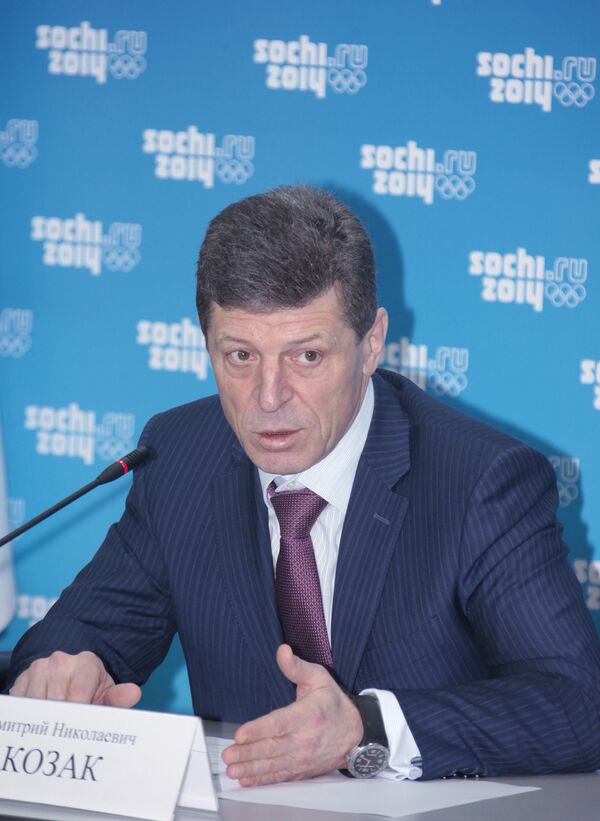 Last month, Russia signed a multimillion dollar agreement with F1 to stage a Grand Prix near the Black Sea resort of Sochi between 2014 and 2020. F1 CEO Bernie Ecclestone came to Sochi to ink the deal.

Kozak said about half of the amount would be spent on the construction of the street traffic circuits.

"The profitability of the F1 track is very high. Under preliminary calculations, even if $200 million is spent, the project will pay off in five years," Kozak said, adding that Russia would specify on the terms of the track construction before November 20.

Kozak, who is on a working visit to Abu Dhabi in the United Arab Emirates, said the construction of the racing track should be conducted simultaneously with the raising of the sports facilities for the Winter Olympic Games due to be held in 2104.

"We must build 74 F1 objects on the territory of the Olympic park in a fashion so that the builders [of both projects] do not bother each other," the deputy premier said.

The International Olympic Committee (IOC) did not have anything against conducting the race in 2014, just after the Winter Olympics, he said.

"If the F1 construction does not hinder the construction of the Olympic facilities, they [races] will take place in 2014, if there is the slightest risk for the Olympics... F1 will be given its start-up in 2015," Kozak said.

"We are completely sure we will do everything on time," he continued.