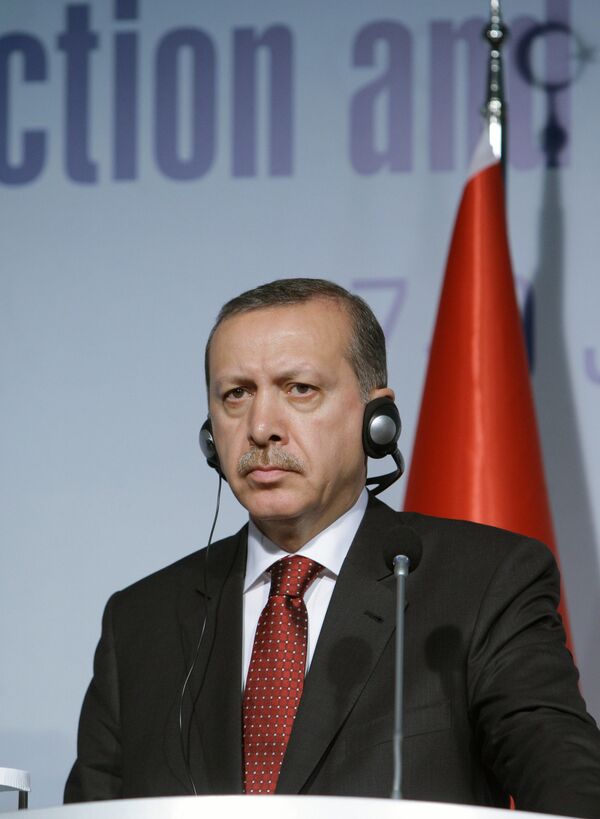 © RIA Novosti . Alexei Druzhinin
/
Go to the photo bank
Subscribe
Ankara has not made a decision on the deployment of NATO missile defense shields on its soil yet, Turkish Prime Minister Recep Tayyip Erdogan said on Friday.

Ankara has not made a decision on the deployment of NATO missile defense shields on its soil yet, Turkish Prime Minister Recep Tayyip Erdogan said on Friday.

Erdogan discussed the NATO issue with U.S. President Barack Obama during a meeting of G20 leaders in Seoul. Erdogan said Turkey was "sensitive" over the deployment of a missile defense shield on its territory.

First, the Turkish authorities insist on building a NATO, but not a U.S. missile defense system. Second, the anti-missile shield should be deployed in all the alliance's member states. And third, Turkey would not allow NATO to turn it into the alliance's frontline state as it was during the Cold War.

Erdogan said the system "should cover the entire Turkish territory, not just a separate part of the country."

Turkey is also interested in the technical aspects of the problem as to who will manage the Turkish elements of the NATO missile defense system.

"I saw that they [the United States] are positive about our demands," Erdogan said.

Turkey's final decision over the missile defense system on its soil will be announced at the upcoming NATO summit in Lisbon due to be held on November 18-19.

Meanwhile, some experts said that a missile defense shield in Turkey may be targeted against Iran and pose a threat to Russia's security.