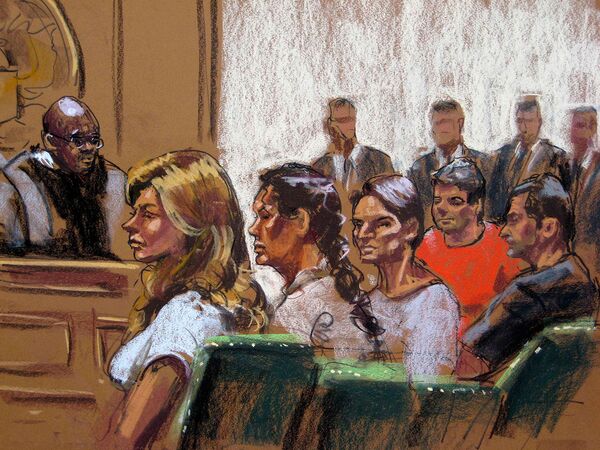 © RIA Novosti
Subscribe
International
India
Africa
Russia's foreign intelligence service, the SVR, must learn the lessons of the episode in which a group of its agents were unmasked in the United States this year, Russian President Dmitry Medvedev said on Friday.

Russia's foreign intelligence service, the SVR, must learn the lessons of the episode in which a group of its agents were unmasked in the United States this year, Russian President Dmitry Medvedev said on Friday.

Russia's prominent business daily Kommersant said in an article on Thursday that the arrest of 10 alleged Russian spies was the result of a betrayal by a Russian intelligence officer.

"As far as I am concerned, what was published in Kommersant was not news. I found out about it on the day it happened, with all its attributes, but there has to be an examination of this. Life goes on. The relevant lessons from it will be studied," Medvedev said at a G20 summit press conference.

Medvedev refused to comment on the situation within the SVR but said a thorough investigation into the episode had been launched.

"We would not want to comment on our further decisions. This is a question for those bodies concerned with this matter," he said when asked if there would be major changes to the SVR, including staff changes, in response to the incident.

According to a story in the Kommersant, Col. Shcherbakov, who was the chief of an SVR department handling all intelligence sources in the United States, was to blame for the exposure of the Russian intelligence officers working under assumed identities.

The newspaper reported that Shcherbakov's daughter has long been living in the United States but that the SVR was not overly concerned about this.

The intelligence service also failed to take notice when Shcherbakov refused to accept a career promotion a year before the spy scandal - a procedure that would require him to undergo a lie detector test. This could mean that he actively cooperated with U.S. secret services at the time.

The traitor himself, said a Kommersant source in Russian state power bodies, fled the country three days prior to Medvedev's visit to the United States in June.

The reset of Russian-U.S. relations was threatened following the espionage scandal. However, the two countries pledged the espionage row would not affect bilateral ties.