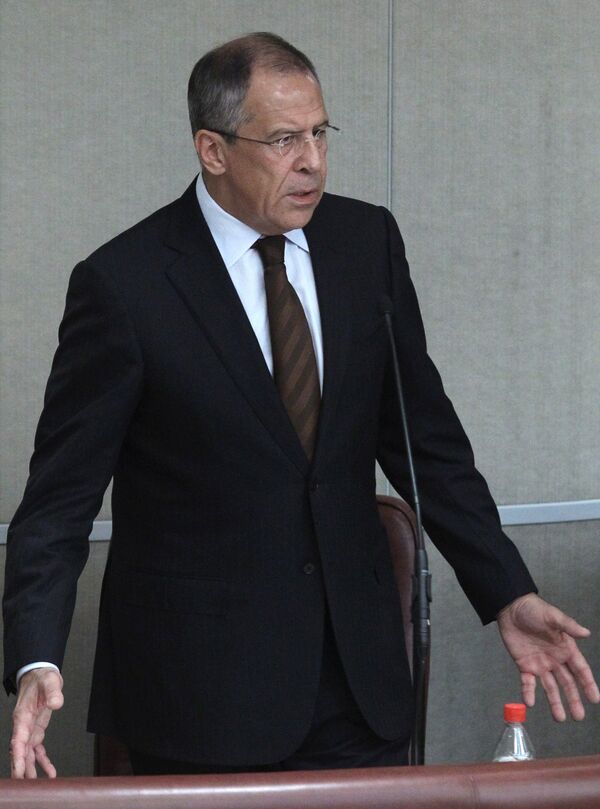 Russia is ready to cooperate with NATO on the question of missile defense and create a missile defense pool on condition that the security of all nations is taken into consideration, Russian Foreign Minister Sergei Lavrov said on Friday.

Russia is ready to cooperate with NATO on the question of missile defense and create a missile defense pool on condition that the security of all nations is taken into consideration, Russian Foreign Minister Sergei Lavrov said on Friday.

"This is a more or less hot topic. NATO has proposed cooperation to Russia on this topic. We have heard clarification about what forms this may proceed in. If we proceed on the basis of equal cooperation, starting with a joint analysis, joint assessment of risks, which exist in the sphere of missile proliferation, then such cooperation is completely feasible," Lavrov said.

He said the Russian president was ready to establish additional proposals which he had already prepared "on the subject of creating a missile pool of interested states with the participation of Russia, the United States and the European states."

"In Lisbon, President Medvedev will lay out our position on these issues. In the presence of a favorable atmosphere, and readiness for cooperation as equals, and mutual respect taking into account the interests of each other, such a project is possible," Lavrov said.

Russian and NATO missile-defense systems are unlikely to be integrated into a single system, however, Rasmussen said.

These two systems should interact so that we have a common "security roof" through information exchange, he said - separate systems but within a common architecture of cooperation.

Rasmussen previously proposed the creation of a missile shield from Vancouver to Vladivostok that would integrate the U.S. and NATO missile-defense systems with a role for Russia.

Russia has retained staunch opposition to the deployment of missile-defense systems near its borders, claiming they would be a security threat. NATO and the United States insist that the shield would defend NATO territories against missiles from North Korea and Iran and would not be directed at Russia.

Russian President Dmitry Medvedev has campaigned for a pan-European security pact instead of the shield, although Western nations and NATO have dismissed the plan as irrelevant and unnecessary.