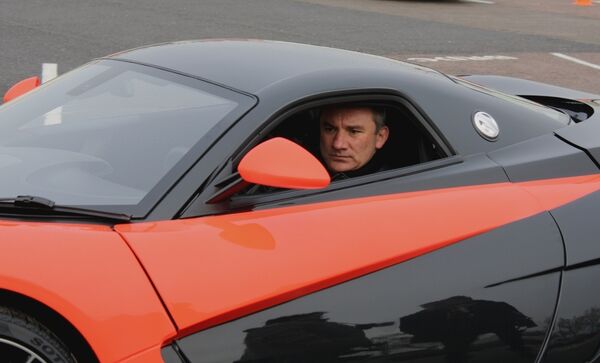 A Russian car maker has acquired a “significant stake” in UK-based Virgin Racing to create a Russian Formula 1 team, Marussia Motors CEO said in an interview with RIA Novosti on Thursday.

“Now we can state with full certainty that we have our team in Formula 1,” said Nikolai Fomenko, one of four co-owners of Marussia Motors. “Of course, it was not an easy decision for us. I’m not entitled to disclose the contract value, but it’s big money, believe me.”

The contract between Marussia Motors and Virgin Racing was signed in London on November 6.

The deal is the second attempt to create a Russian national team in Formula 1. In 2005, Midland group owned by Russian-born businessman Alex Shnaider attempted to create an F1 team, but after the unsuccessful debut in 2006, Shnaider sold the team to Dutch car manufacturer Spyker Cars NV.

The new team, which will be called Marussia Virgin Racing starting from 2011, will honor all existing contracts of Virgin Racing, including those with drivers Timo Glock and Lucas di Grassi, as well as with engine producer Cosworth.

The Russian company aims to make the team competitive in the coming years, after it earned no points during this season.

“This will prove that Russian high technologies are not only in the military and space industries, but also in the car making sector. And this will benefit the entire country,” Fomenko said.

The official presentation of the next season’s race car, which is currently being built at Virgin’s base in Britain, will be held in late January-early February in London. The car will also be presented in Moscow.

“We are actively participating in the creation of a Marussia Virgin race car for the next season and we have everything we need for that,” he said.

“So far, the company has made no steps towards [potential] sponsors and has not sought any help, though this may come in handy,” Fomenko said.

The announcement is the latest in a series of news, which demonstrates that the Russian leadership is taking a growing interest in Formula 1, which along with FIFA World Cup and the Olympic Games is in the top three of the world’s most popular sporting events.

Last month, Russia signed a multimillion dollar agreement with F1 to stage a Grand Prix near the Black Sea resort city of Sochi between 2014 and 2020. On Sunday, Russian Prime Minister Vladimir Putin tested his skill as a Formula 1 pilot, driving a race car for several hours at a speed of 240 km/ h (150 miles per hour) on a special track in the Leningrad Region in Russia's northwest.

Fomenko said that he would like to see Petrov, who is unlikely to have his contract with Renault extended for the next season, as a Marussia Virgin Racing driver, but added that it was too early to speak about that.

“Today I am unable to provide him with a competitive car. And he needs to continue his career in a fast car. Just wait for one more season. Then everything will be clear,” he said.