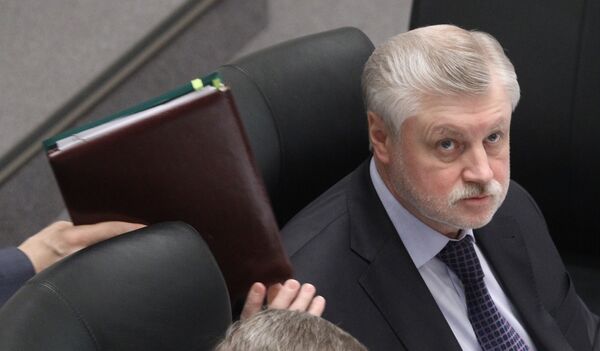 Sergei Mironov, speaker of the upper house of the Russian parliament, brushed off rumors about his imminent dismissal.

Sergei Mironov, speaker of the upper house of the Russian parliament, brushed off rumors about his imminent dismissal.

It has been rumored that Mironov might lose his office over his tough stance on a new law reducing the Federation Council's powers to approve newly appointed members.

Mironov said he was not concerned by "escapades" on the part of some parliament members against him.

"My position is legally well substantiated whereas they only have emotions," he said.

Under the new law, which takes effect on January 1, 2011, new house members will assume office within 10 days of their appointment, effectively stripping the Federation Council of the power to conduct official checks on candidates.

Mironov, who leads the pro-Kremlin A Just Russia party, said on Tuesday the new procedure would "further increase corruption risks and erode the system of checks and balances in relations between the federal center and the regions."

He also reiterated his call to restore a direct popular vote for members of the upper house.