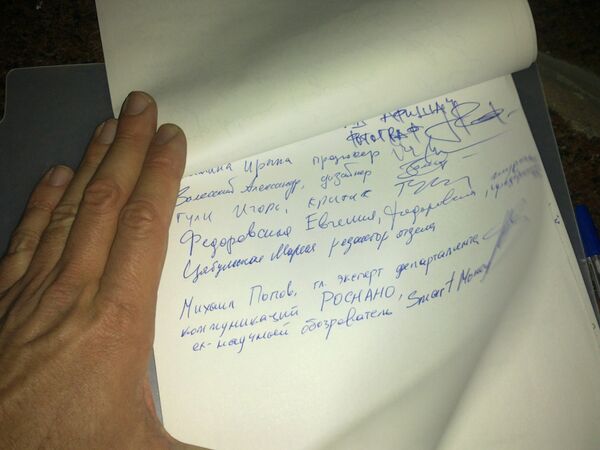 Russian journalists have called for the government to investigate the attack on Russian daily Kommersant's political correspondent Oleg Kashin.

The journalists released  an address to the government on the Internet, which was signed by dozens of representatives of journalistic circles and public figures.

Kashin was severely beaten by unknown people near his house in Moscow early on Saturday. According to a witness, the journalist was attacked by two people who were waiting for him with a bunch of flowers near his house. Neither money, nor other valuables have been reported stolen from Kashin.

Journalists also called on the state to fully investigate the murder of Russian investigative reporter Anna Politkovskaya and the beating of Mikhail Beketov, editor-in-chief of the Khimki Pravda local newspaper, who fought a campaign to protect a forest near Moscow from destruction by developers.

Lawyers and public figures polled by the Russian Agency of Legal and Court Information on Sunday said they were outraged by the attack.

A group of journalists and bloggers held a rally on Saturday near the Moscow police headquarters, demanding a thorough investigation into the attack.

Kashin has been admitted to the intensive care unit of a Moscow hospital, where he underwent surgery on Sunday. "Oleg's brain is now safe," Kashin's wife Yevgenia Milova said. The journalist also suffered jaw and leg fractures as a result of the beating.

The attack on Kommersant's political correspondent was probably linked to his work, the newspaper's Editor-in-Chief Mikhail Mikhailin said.

On Saturday, Russia's Prosecutor General Yury Chaika took the investigation into the attack on Kashin under his special control. Chaika instructed Moscow's Prosecutor Yury Syomin to coordinate action by the law enforcement agencies "in order to solve this crime as soon as possible."