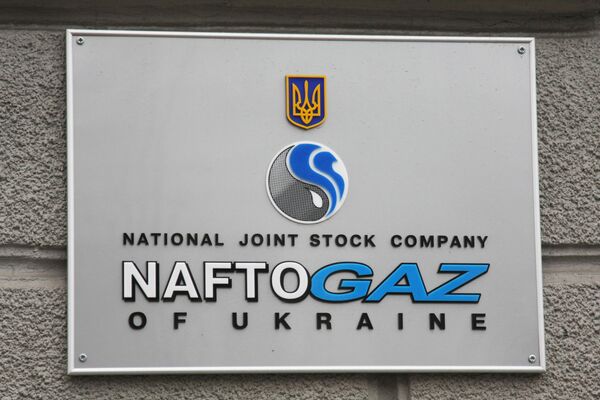 "National Joint Stock Company Naftogaz of Ukraine pays to Gazprom for imported natural gas monthly in a timely manner and in full compliance with its obligations," the company said adding that the current price for gas for Ukraine is some $253 per cubic meter.

On January 1, 2009, Russian gas monopoly Gazprom cut off all natural gas supplies to Ukraine over Kiev's failure to pay for past shipments and sign a new price contract for 2009.

Ukrainian President Viktor Yanukovych said in August there would not be another gas crisis or disruption of gas supplies to EU countries.

He said Ukraine was working to build a kind of relations that would satisfy both the EU as a consumer of energy resources and Russia as energy supplier.

Last month Ukrainian Prime Minister Mykola Azarov ruled out a merger between Gazprom and Naftogaz, but welcomed the idea of a joint venture between the two companies to develop gas deposits in the Astrakhan region in south Russia and in the Yamal region in the Russian Arctic.

The gas deals signed with Russia by the previous Ukrainian government are not compliant with the country's current legislation, Azarov said later in October explaining that Ukraine had joined the European Energy Charter and adopted a new law on the gas market.

Ukraine receives a 30 percent discount on Russian gas deliveries compared to European supply prices in exchange for permission for the Russian Black Sea fleet to berth in bases in the Crimea for 25 years after 2017, when the previous base agreement expires.