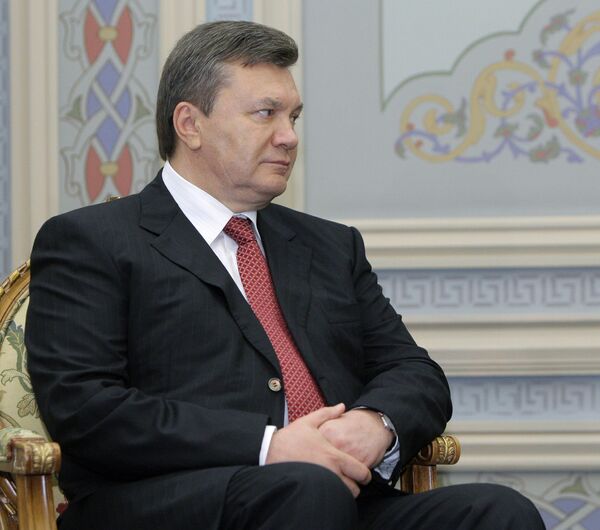 "When it comes to corruption, with your participation, we have to work out our anti-corruption laws from scratch," Yanukovych said in introducing Pshonka to the staff of the Prosecutor General's Office.

Earlier on Thursday, Pshonka's appointment was approved by 292 members of the country's 450-strong parliament.

Yanukovych dismissed Prosecutor General Oleksandr Medvedko on Wednesday. His term had been due to expire on Thursday.

Under Medvedko, the Ukrainian Prosecutor General's Office was accused of failing to investigate the murder of prominent Ukrainian journalist Georgy Gongadze in September 2000 and the poisoning of Viktor Yushchenko during his ultimately victorious 2004 presidential election campaign.

The president said he expects the prosecutor's office to work to restore the rule of law in the country. He added that the country would soon begin the process of administrative reform to bring Ukraine closer to international standards.

Sunday's local elections in Ukraine drew criticism from the United States, which offered its help in drawing up administrative reforms.

Pshonka, who had been first deputy prosecutor general since June, vowed to direct all his efforts toward strengthening the rule of law in the country.