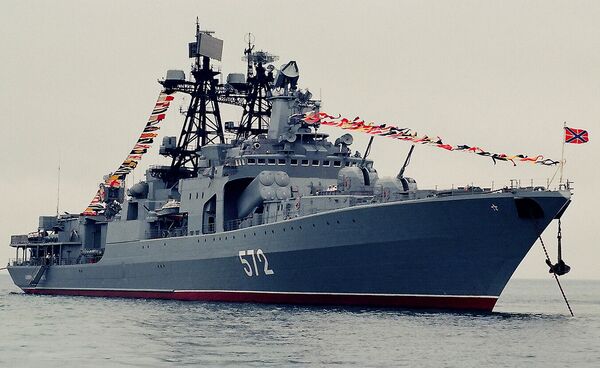 "Warships from the Russian Navy will continue their regular presence in the Gulf of Aden and around the Horn of Africa in 2011," he said.

Admiral Vinogradov carried out its first anti-piracy mission off the Somali coast in January-March 2009.

The current task force led by Admiral Levchenko, an Udaloy class guided-missile destroyer, arrived in the Gulf of Aden on July 3 to join the international anti-piracy mission near Somalia. The Russian naval group also includes the Olekma tanker and the SB-36 tugboat of Russia's Black Sea Fleet.

The Russian task force has successfully escorted 13 commercial convoys with a total of 57 vessels through pirate-infested waters off the Somali coast since its arrival in the area.

The Russian Navy has maintained a presence off the Horn of Africa since October 2008, with warships operating on a rotation basis.