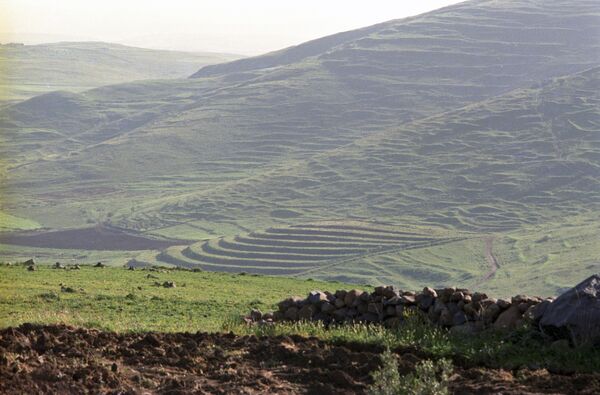 © RIA Novosti . Alexander Makarov
/
Go to the mediabank
Subscribe
International
India
Africa
Military cooperation between Moscow and Damascus is shifting the balance of forces in the Middle East "back to the '70's," when Israel was close to being defeated by Syria, outgoing chief of Israel's military intelligence said.

Military cooperation between Moscow and Damascus is shifting the balance of forces in the Middle East "back to the '70's," when Israel was close to being defeated by Syria, outgoing chief of Israel's military intelligence said.

Israeli media quote Maj.-Gen.Amos Yadlin as saying at a closed session of the parliament's Foreign Affairs and Defense Committee that Russia was providing Syria with portable, state-of-the-art anti-aircraft systems.

"These are fairly inexpensive missiles compared to the S-300 but they are no less lethal or effective," the Ynet News portal quoted the official as saying.

"Syria is engaged in a very intense campaign to procure highly advanced weapons; so advanced in fact that anything that comes off the Russian assembly lines ends up in Syria," he said on Tuesday at his last meeting with lawmakers before retirement.

The official also warned that Hezbollah could easily get all the most advanced weapons systems possessed by Syria simply by asking for them.

"If it wanted to, Hezbollah could take over Lebanon in a matter of hours. This is not very likely but there is no military force that can stand up to Hezbollah in Lebanon," he said.

According to the official, a new conflict, if emerges, is likely to be far deadlier than Israel's last two military conflicts – the 2006 Israeli-Hezbollah war in Lebanon and the offensive on Gaza in late 2008 – early 2009.

"The next round won't be focused on one theater but rather, will incorporate two or three," he said. "One cannot predict the future according to what happened during Operation Cast Lead or the Second Lebanon War. It will be much bigger, much wider in scope, and with many more casualties."

Israel's enemies "believe that the only way to overcome Israel's deterrence is through long-range missile fire and improving air defense capabilities," the Jerusalem Post quoted Yadlin as saying.