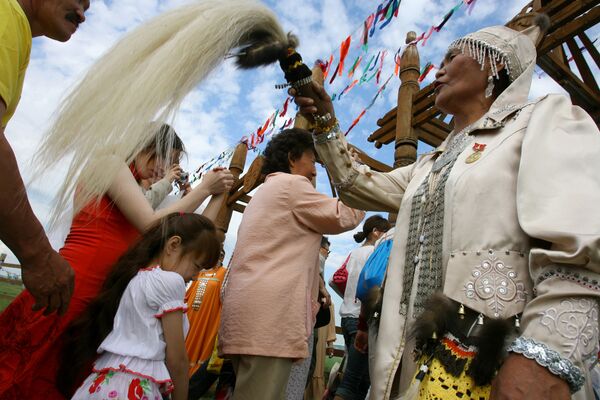 There are more occult healers in Russia than professional doctors, a leading Russian psychologist said on Monday.

There are more occult healers in Russia than professional doctors, a leading Russian psychologist said on Monday.

“According to World Health Organization data, there are some 800,000 sorcerers and wizards in Russia,” Andrei Yurevich from the Russian Academy of Sciences told a RIA Novosti news conference.

Russian newspapers are full of ads for all manner of urban witches and wizards, and an Internet search for Magicheskie Uslugi (Magical Services) brings up a vast number of websites offering to satisfy every conceivable human desire - for a price.

A survey carried out by the Levada independent polling agency in August discovered that one fifth of Russians have made use of such services.

Although the authorities have recently moved to crack down on occult advertising, analysts say the entire industry would simply move underground if outlawed.

However, the law would still allow licensed healers to stay in business.

Since 2008, the Federal Scientific Clinical Center for Traditional Methods of Diagnostics and Healing has been issuing permits to practitioners of what it calls “traditional medicine” - an extremely broad definition that includes both folk medicine and psychic healers.

The late 1980s saw an explosion of belief in the paranormal and the occult in the Soviet Union, with psychic healers Anatoly Kashpirovsky and Allan Chumak drawing audiences of millions.