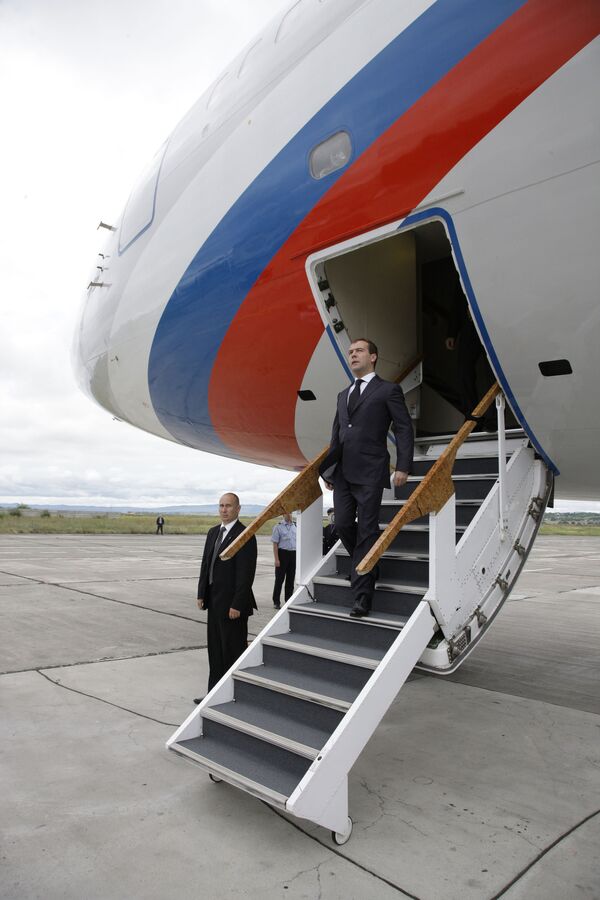 Russian President Dmitry Medvedev has arrived in Kunashir Island, the southernmost island of the Kurils.

Russian President Dmitry Medvedev has arrived at Kunashir Island, the southernmost island of the Kurils.

This is Medvedev's first visit to the islands, the dispute over which prevents Moscow and Tokyo from signing a formal peace treaty since 1945.

Prior to the visit, Japan voiced its concerns saying the arrival of the Russian leader could complicate bilateral relations, but Russia's Foreign Ministry rejected Tokyo's attempts to change Medvedev's plans saying he "defines the routes of trips across his country on his own."

Tokyo's continued claim over four South Kuril Islands (Iturup, Kunashir, Shikotan, and Habomai) to the northeast of Japan has so far prevented Russia and Japan from signing a peace treaty to end World War II hostilities. The islands were annexed by the Soviet Union after World War II.