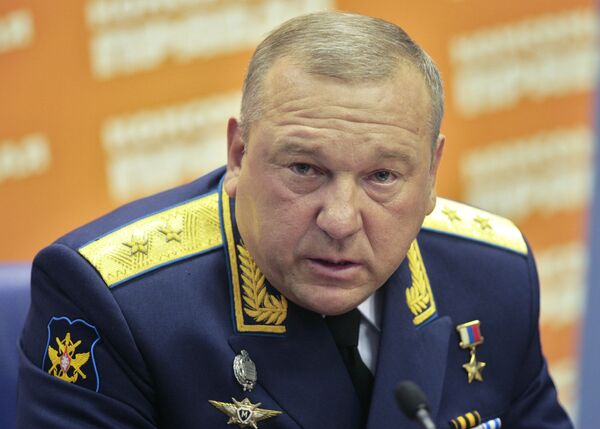 Russian Airborne Troops Commander Lt. Gen. Vladimir Shamanov was injured in a car accident, a spokesman for the Defense Ministry said on Saturday.

Shamanov was on his way to the Tula paratroopers division on Saturday morning when his BMW crashed with a MAZ truck, which veered into the oncoming lane, 500 meters away from the entrance to Tula.

Three Tajik nationals, who were riding in the truck, attempted to escape but were detained by paratroopers, who followed the general's car.

The BMW driver was killed on the spot while Shamanov and Col. Alexei Naumets, the acting commander of the Tula division, were hospitalized. The latter was taken to intensive care.

The ministry's spokesman said Shamanov was conscious and his life was out of danger.

The general will be moved from a Tula hospital to the Burdenko hospital in Moscow, one of Russia's best medical centers.

Defense Minister Anatoly Serdyukov, who appointed Shamanov Airborne Troops commander in May 2009, said, "Shamanov is a strong man. He will recover and continue commanding the Airborne Troops."