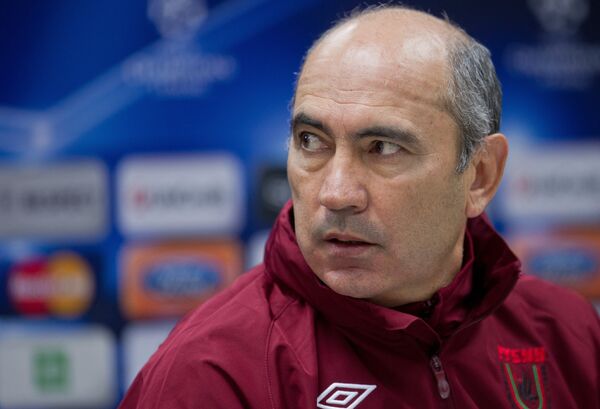 Belarusian striker Sergei Kornilenko scored both goals, his first for the Tatarstan club since he signed on loan from Zenit in August.

The change had an immediate effect, with Ryazantsev starting the move that lead to Kornilenko's first goal a minute after the break. Kornilenko poached his second on the hour when Krylya keeper Eduardo Lobos parried Ryazantsev's shot into the striker's path.

Although Rubin's victory closes the gap to Zenit to three points with the sides due to meet in Kazan on the season's penultimate weekend, the St. Petersburgers have two games in hand - the first at home to strugglers Alania Vladikavkaz on Saturday.

Krylya remain just four points clear of the relegation zone with four games to play. The Samara side, which almost went out of business before the season, are the only non-Moscow club to have played in all 18 Russian Premier League seasons, but with visits to Zenit and Moscow clubs CSKA and Spartak their only likely source of points looks to be the visit of Dynamo Moscow on November 20. Their fans could be in for a nervous November.