Russia floats out first of new class of frigate 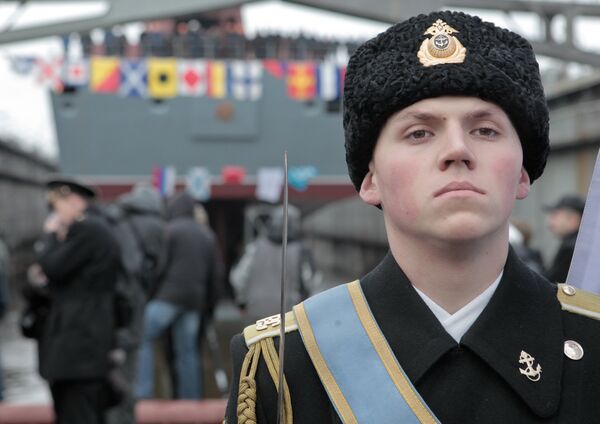 Russia's first Project 22350 frigate was floated out at the Severnaya Verf shipyard in St. Petersburg on Friday.

The Admiral Gorshkov frigate will be able to execute long-range strike, anti-submarine and escort missions in remote areas.

However, it will be some time yet before it enters service because the ship is only 40% complete, officials said.

The next Gorshkov-class frigate, the Admiral Kasatonov, is under construction and expected to be launched in 2012.

The Russian Navy will receive up to 10 new ocean-going frigates in the next 10 years, a Defense Ministry source said.

The Russian Navy needs between 20 and 30 such frigates, which will be the 21st century's main ocean-going surface ship.