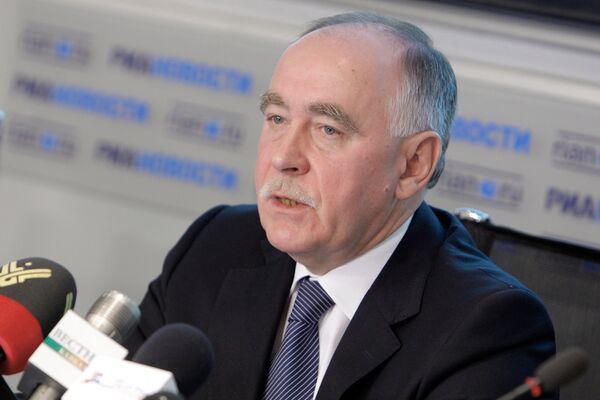 Viktor Ivanov, the head of Russia's Federal Anti-Narcotics Committee, said during a joint press conference with Deputy Head of Mission of the U.S. Embassy in Russia Eric Rubin that the operation destroyed four drug labs in Afghanistan on the border with Pakistan.

"The operation began on October 28 at 6:30 a.m. and four drug laboratories were destroyed by 10:20 a.m.," Ivanov said, adding the joint operation was carried out by a total of 70 personnel.

Ivanov had no information on casualties or the number of detained during the operation.

The operation, which took three months of planning, destroyed three heroin labs, including one large drug hub near the village of Achin, and one morphine lab.

Ivanov praised joint efforts by Russian and U.S. anti-drug services and said the effective work of a Russian-U.S. presidential commission in the sphere of drug trafficking was a good example of a "reset" in relations between the two countries.

Rubin also praised the results of the operation.

"This investigation is a very concrete example of real cooperation," he said. "We cannot succeed alone. This was the first step and we will continue to destroy labs."

Rubin said that one of the main goals of U.S.-Russian operations in Afghanistan was to "identify, disrupt, and destroy the drug trade."

U.S. President Barack Obama and Russian President Dmitry Medvedev emphasized last year that the creation of a joint mission on the fight against drug production and trafficking in Afghanistan "should not consist of just commissions and reports, but of concrete results," Rubin said.

However, Ivanov also admitted that "drug infrastructure in Afghanistan is expanding."

Ivanov said that drug cartels similar to those in Mexico have appeared in Afghanistan and the transit countries of Uzbekistan and Tajikistan.

Afghan drug production increased dramatically after the U.S.-led invasion toppled the Taliban in 2001, and Russia has been one of the most affected countries, with heroin consumption rising steeply.

Ivanov said approximately 65% of Afghanistan's opium crops are grown in the Helmand Province, one of the most volatile regions in the country, adding that farmers make "around $70 a year by cultivating opium, much more than for growing wheat."

An estimated 90 percent of heroin consumed in Russia is trafficked from Afghanistan via Tajikistan and Uzbekistan.