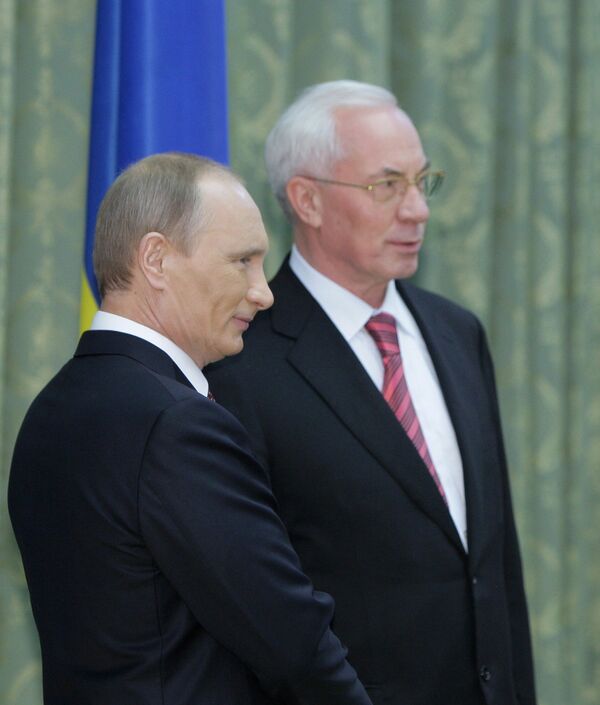 Ukraine will pay roughly $230-235 for 1,000 cubic meters of Russian gas in the first quarter of 2011, less than was predicted, Ukrainian Prime Minister Mykola Azarov said on Thursday.

The statement followed talks between Azarov and Russian Prime Minister Vladimir Putin in Kiev on Wednesday.

"We made good progress yesterday," Azarov told journalists in Kiev.

Putin said after their meeting that no agreement had been reached, adding that discussions would continue and expressing confidence that a mutually satisfactory solution would be found.

Gazrpom Deputy Chairman Valery Golubev had said the gas price in the first quarter of 2011 would remain at the level of this year's fourth quarter, which he put at $250.