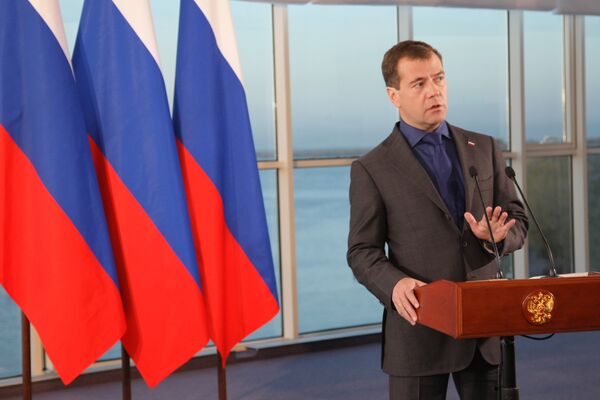 © RIA Novosti
/
Go to the photo bank
Subscribe
Higher salaries are key to the successful reform of the Russian military, President Dmitry Medvedev said on Thursday.

Higher salaries are key to the successful reform of the Russian military, President Dmitry Medvedev said on Thursday.

"We will not be able to make our Armed Forces modern and effective, more battle-ready and better equipped if officers receive compensation that does not motivate them to work efficiently," he said.

Personal motivation was critical to national defense, Medvedev said during a visit to a training center outside Moscow.

The military is reforming itself and "although these changes are difficult, they are vital," he said.

A number of good decisions were made to tackle existing problems, the president said without elaborating.

"I am keeping an eye on this as supreme commander-in-chief," he said.

Under a bill pending in the Russian parliament, salaries in the Russian military are to increase considerably. For example, a battalion commander is to make over 100,000 rubles ($3,000) a month.