Sheremetyevo airport to stay in state hands to 2013 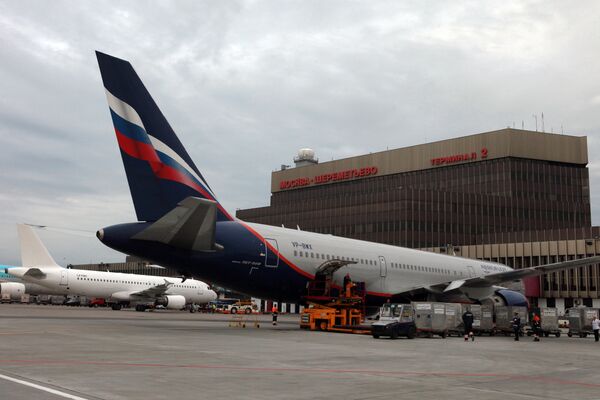 Levitin said the airport, wholly owned by the Russian government, was not included in the government's medium-term privatization program.

First Deputy Prime Minister Igor Shuvalov has said the government is ready to privatize Sheremetyevo airport, although a decision will have to be made considering the development of the entire Moscow air hub system, including Domodedovo and Vnukovo airports.

Credit Suisse and Troika Dialog have been appointed as consultants to work out a strategy for Sheremetyevo's privatization after its assets are consolidated.

Meanwhile, the Transport Ministry is in talks with East Line, which operates Moscow's Domodedovo airport, over construction of a third runway, Levitin said.

"We are in talks with the owner over a timetable and conditions," Levitin said.

The cost of the new runway, which will be built between 2013-2015, would be around 20.1 billion rubles (($660 mln), Domodedovo airport spokesperson Elena Golanova said.