Sapsan train races ahead in profitability for Russian Railways 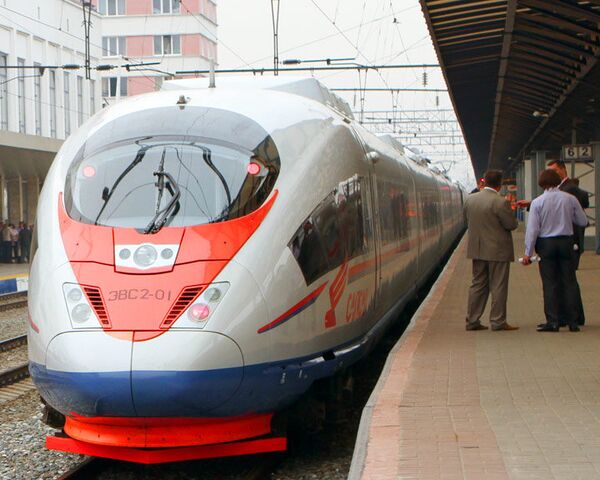 "The other types of rail passenger transportation are loss-making," Yakunin said in an interview with Vedomosti business daily, adding that losses amounted to 34 billion rubles ($1.1 billion) from commuter train carriage and 36 billion rubles from long-distance train transportation.

Commuter train tariffs are regulated by regional authorities while rates for economy-class coaches are set by the Federal Tariff Service. These rates are lower than the economically justified level and therefore the government has to compensate the rail monopoly for its losses, an RZhD representative said. Tariffs for Sapsan fast-speed trains, however, are regulated directly by Russian Railways, which offers competitive rapid carriage services compared with other means of transport.

The demand for high-speed rail passenger carriage has proved to be so strong that the company is considering buying another eight Sapsan trains, Yakunin said, without specifying the terms of the expected deal.

The company plans to make a decision on the purchase by the end of 2010, Valentin Gapanovich, RZhD senior vice-president, said on Friday.

Russian Railways currently has eight high-speed Sapsans produced by the German engineering group Siemens. They run between St Petersburg, Moscow and Nizhny Novgorod. The Sapsan occupancy rate is 84.5 percent, according to RzHD.

The company's revenues from ticket sales may amount to 205 million euros annually at the current ticket price, while profits from the operation of these trains exceed 61 million euros.