France ready to deliver helicopter carrier with transfer of technologies 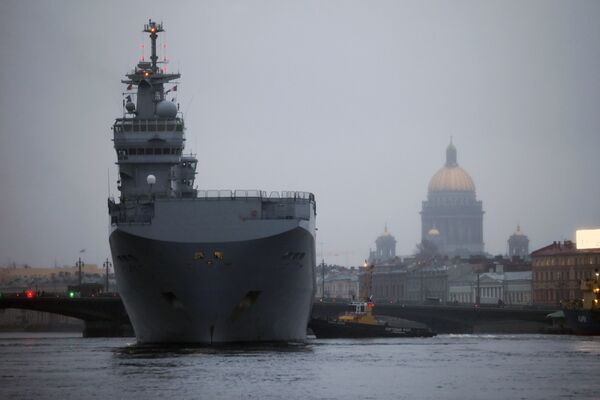 "There are no restrictions [in the transfer of technology]," DCNS Director Pierre Legros told RIA Novosti.

The technology is French-made, a spokesman for the French Navy, Hugues du Plessis d'Argentre, said.

Russia and France are currently in talks on a so-called 2+2 scheme, whereby Russia will buy one or two French-built Mistrals and build another two at home. The contract is expected to be inked before the end of the year.

Legros said he did not rule out that Russia could build four Mistrals.

He added that the French-built Mistrals under the contract will be different from their domestic analogues.

They will have thicker take-off decks and firmer hulls so as to avoid breakage when navigating through ice.

The winner of a Russian tender to deliver the Mistrals will be announced after November 4, Legros added.

"We are ready to receive the contract from November 4... and complete construction in 36 months," he said.