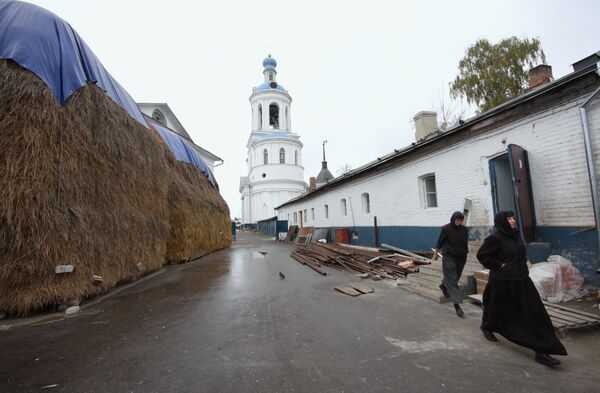 A probe ordered by Russian human rights ombudsman Vladimir Lukin has confirmed that children were abused in the St. Bogolyubsky Convent in the central Vladimir Region, Lukin's press service reported on Monday.

Media reports earlier said the convent's nuns victimized teenagers from a local orphanage, beating them with belts, forcing them to bow innumerable times, eat spoonfuls of salt, as well as depriving them of food and sleep as "punishment."

"Children who earlier lived in the convent told of the tortures the religious staff subjected them to in the orphanage," the press service said.

It said the abuse included "numerous bows, work in the field from 3 a.m. to 10 p.m. with half-hour breaks for breakfast and lunch, locking the children up and feeding them with water and dried bread for 16 days in a row, beating them with a belt, forcing them to read Psalter until 2 a.m. when they were supposed to get up at 5:30 a.m."

Lukin's adviser, Natalya Yakovleva, arrived at the convent on October 21 to carry out an investigation of abuse reports.

The Russian Prosecutor General's Office and Pavel Astakhov, the child ombudsman under the Russian president, are already investigating the claims. Astakhov earlier sent an aide to the convent to check the abuse reports.

The convent was investigated a year ago after allegations of mistreatment, but no action was taken as the claims were not proven.