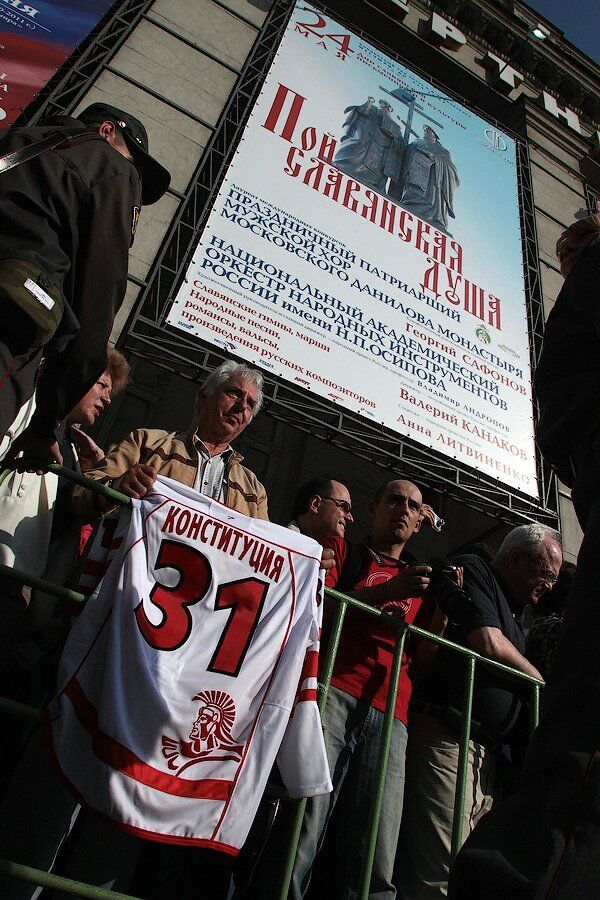 One thousand people will be allowed to take part in a rally on Moscow's Triumfalnaya Square on October 31, a leading human rights activist said on Monday.

One thousand people will be allowed to take part in a rally on Moscow's Triumfalnaya Square on October 31, a leading human rights activist said on Monday.

"We view this permission as the first step in resolving the situation around Triumfalnaya Square under the new Moscow mayor," Lyudmila Alexeyeva told RIA Novosti.

Moscow's new mayor, Sergei Sobyanin, was approved overwhelmingly by the Moscow legislature last week. He replaced Yury Luzhkov, sacked by President Dmitry Medvedev over a "lack of confidence" in September.

Russia's opposition movements trumpeted a victory last week after they were given the go-ahead to hold the rally. It was a small victory, however, as the number of participants was restricted to 200.

"The authorities have surrendered to us, but want to maintain the impression that they are still in charge," opposition leader Eduard Limonov told the Kommersant newspaper.

Protestors attempt to hold rallies on the square on the last day of every month that has 31 days in honor of Article 31 of the Russian Constitution, which guarantees freedom of assembly. Requests to sanction the rallies have been invariably turned down.