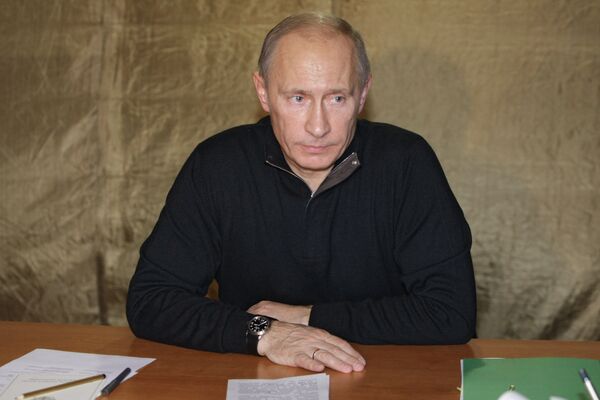 Russia will not export grain until July next year, Prime Minister Vladimir Putin said on Friday.

"Yesterday I signed the government's decision to extend the moratorium on grain exports until July 1, 2011," Putin said during a meeting on agriculture in the southern Russian city of Rostov-on-Don.

Russia was hit by an unprecedented heat wave this summer. The Russian Agriculture Ministry estimated that severe drought and forest fires had destroyed 13.3 million hectares of the country's grain crop.

As a result, the Kremlin banned grain exports, triggering a domestic and global rise in grain prices.

Despite the drought, Putin said, some 60 million tons of grain had been gathered in Russia this year.

"This is the volume that was actually forecasted. Now we know for sure what resources we possess, what the grain balance will look like," he said, adding that there will be enough grain for Russia's domestic consumption, but not for exports.

He added that agricultural production in the country decreased by 10 percent over the past nine months.